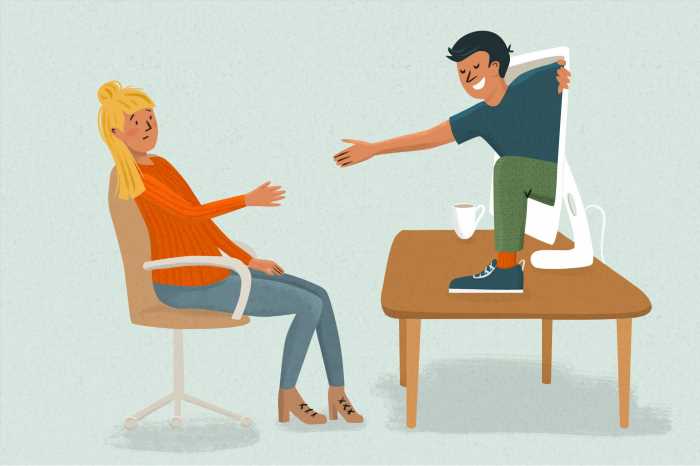 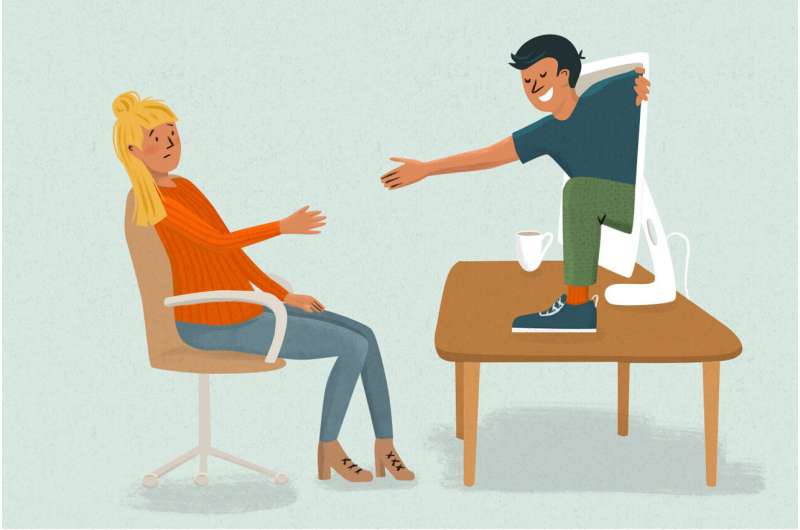 The traditional handshake—long employed in business deals and job interviews to promote connection and foster trust—could be on the chopping block as individuals and corporations reexamine the custom following 14 months of little-to-no contact during the pandemic.

“We might not return to handshakes being the expectation anymore,” says Laura Dudley, an associate clinical professor of applied psychology at Northeastern. “That spectrum of acceptable ways to greet another person or interact with another person really grew, so now if someone just waves and stays far away, we don’t think that’s strange.”

Dudley, a behavior scientist, says COVID-19 has transformed how humans interact and establish trust—from communicating a smile hidden under our masks to maneuvering through uncharted and awkward new ways to greet each other without physical contact.

Most of those changes won’t stick because the restrictions were only imposed for about a year, says Dudley. But the pandemic expanded the acceptance of no-contact greetings, meaning germaphobes or those who just prefer not to touch might feel more comfortable opting out.

“I have colleagues who, because there was this social expectation that when you meet a new person you shake their hand, they would shake someone’s hand, even though they were uncomfortable with it,” says Dudley. “Now we accept a wider range of behaviors when it comes to greeting another person.”

“From a recruiting standpoint I think it is important to know that HR is kind of ahead of the curve and they’re thinking about it and discussing that as a culture within their organizations,” says Saunders.

Many companies are already reexamining workplace guidelines from a diversity, equity and inclusion standpoint, Saunders adds.

“[Diversity, equity and inclusion] came full throttle in the past year to two years, so that’s on the radar with every corporation saying, “Do we have the right expectations when we’re interviewing?'” says Saunders.

“Things have changed, and whether people have OCD or they have health challenges in the workplace, there’s many more reasons why someone may not want to shake your hand,” Saunders says.

Both Saunders and Dudley say that it’s unlikely the handshake will ever completely disappear.

“We used to think it was a cultural thing, but there is some data to say it’s more ingrained. For centuries and centuries, people have been shaking hands and animals shake hands as well,” says Saunders.

The biggest shift in post-pandemic body language is likely occurring now, as people return to the workplace and acclimate to new protocols, says Dudley.

“I don’t know if you’ve been aware of your own thought process, but when you run into someone on the street, you immediately start thinking, “O.K., have they been vaccinated? Have I been vaccinated? Is it safe? Is it not safe?” There’s this sort of awkward fumbling that sometimes happens when you see someone for the first time, especially since some of the restrictions have been lifted,” says Dudley.

The best way to sidestep that awkward moment is to address the topic quickly and with a little humor.

“You can tell them that you’re just going to wave from afar. Feel free to call the moment out as awkward, because doing that and laughing about it is better than pretending it’s somehow not awkward,” says Dudley, adding that people might need to err on the side of caution.