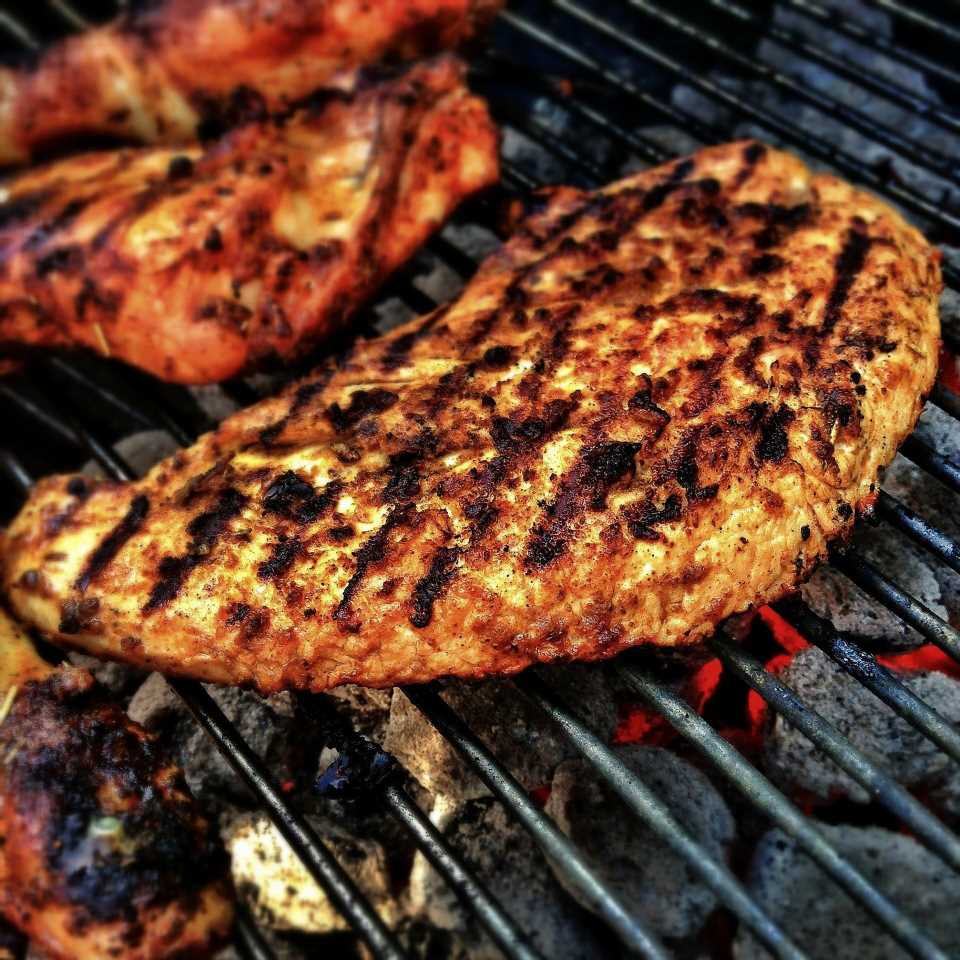 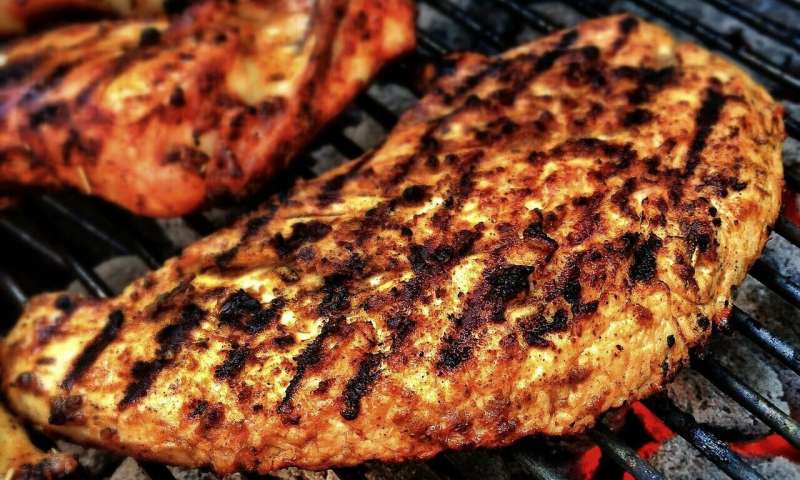 Inflammatory compounds found in cooked meat are linked to a heightened risk of childhood wheeze, finds research published online in the journal Thorax.

The compounds, known as advanced glycation end products, or AGEs for short, are by-products of high temperature cooking, such as grilling, frying, or roasting, with cooked meat a major dietary source.

AGEs lock on to particular ‘danger signal’ cells in the body, which are particularly abundant in the lungs, triggering an inflammatory immune system response. But it’s not clear how they might influence the development of respiratory symptoms.

To explore this further, the researchers looked at the potential impact of dietary AGE intake and meat consumption on respiratory symptoms, drawing on responses to the National Health and Nutrition Examination Survey (NHANES) for the years 2003 to 2006.

NHANES is a nationally representative annual survey assessing the health and nutrition of the US population.

Some 537 (13%) of the children said they had experienced wheezing over the past year. After accounting for potentially influential factors, such as age, sex, race/ethnicity, household income, weight (BMI), and asthma, higher AGE scores were significantly associated with increased odds of wheezing (18%).

They were also associated with increased odds of disturbed sleep due to wheezing (26%) at least once; wheezing during exercise (34%); and wheezing requiring medication (35%) over the past year.

Similarly, higher intake of all types of meats was associated with a more than doubling in the odds of sleep disrupted by wheezing and the need for medication to ease symptoms.

This is an observational study and so can’t establish cause, added to which there is no validated method of measuring AGE intake, caution the researchers. But the findings back those of other research linking a proinflammatory dietary pattern and wheezing, they say.

“As several cohort studies have suggested an adverse effect of meat consumption on paediatric airways health, confirmation of a positive correlation between AGE intake and non-seafood meat consumption in our cohort strengthens our a priori hypothesis that dietary AGEs may have an important role in airway inflammation in children,” they write.

The Western dietary pattern, characterised by high levels of AGE-rich foods—meats and saturated fats, may promote an inflammatory cascade, so contributing to airway inflammation and possibly the development of asthma, they explain.

In a linked editorial, Professor Jonathan Grigg, Centre for Child Health, University of Queen Mary, London, observes that a growing body of evidence implicates AGEs in the development of asthma.

“Although we are far from having enough evidence to recommend changes in meat consumption in children in order to reduce asthma, a focus on adverse respiratory effects of consuming large amounts of cooked meats resonates with wider agendas,” he suggests.

This includes the 2020 UK Health Alliance on Climate Change report which concluded that red meat consumption will need to be halved if the food system is to stay within sustainable environmental limits.