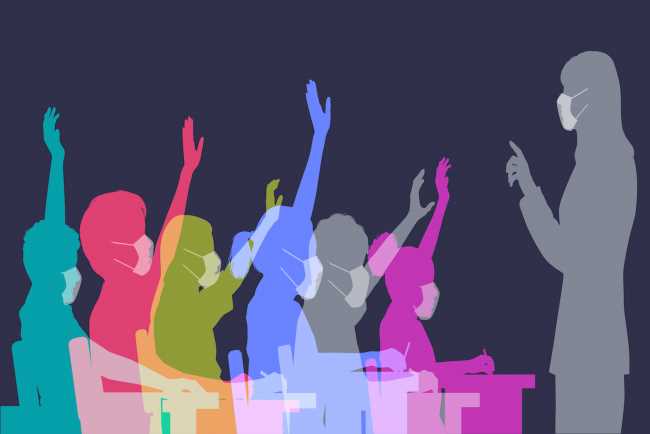 After covid-19 forced Olivia Goulding’s Indiana middle school to switch back to remote learning late last year, the math teacher lost contact with many of her students. So she and some colleagues came up with a plan: visiting them under the guise of dropping off Christmas gifts.

One day in December, they set out with cards and candy canes and dropped by the homes of every eighth grader at Sarah Scott Middle School in Terre Haute, a city of more than 60,000 near the Illinois border where both Indiana State University and the federal death row are located. They saw firsthand how these kids, many living in poverty and dysfunctional families, were coping with the pandemic’s disruptions to their academic and social routines.

“You just have a better concept of where they’re coming from and the challenges they really do have,” Goulding said. “When you’re looking at that electronic grade book and Sally Lou hasn’t turned in something, you remember back in your mind: ‘Oh, yeah, Sally Lou was home by herself, taking care of three younger siblings when I stopped by, and I spotted her helping Johnny with his math and she was helping this one with something else.’”

The school’s experience provides a window into the hardships millions of families across the country have endured since last March, and exemplifies why education isn’t the only reason many Americans want schools to fully reopen. Schools like Sarah Scott help hold their communities together by providing households with wide-ranging support, which has become much tougher during the pandemic.

Even before the coronavirus struck, kids at Sarah Scott faced significant obstacles that compounded the normal social challenges and surging hormones of middle school. They live in Vigo County, which has the state’s highest rate of child poverty and high rates of child neglect. Nearly 90% of students qualified for free or reduced-fee lunches. Some showed up needing to shower and change at the school, which has a food pantry that also offers clothes and hygiene products.

Things got more difficult for students when covid threw Sarah Scott’s normal schedule into disarray. Initially, the school went totally remote, then moved to partially in-person for the start of the 2020-21 school year. When covid spiked in October, Sarah Scott went remote again because not enough substitute teachers could fill in for quarantining staff. Since January, students have been spending part of each week in the school building, with no plans as of early March to open fully.

Kids were given laptops to use at home. But internet access can be problematic.

“Internet has been the worst,” said Samantha Riley, mother of seventh grader Mariah Pointer. “So many people are on it, it shuts down all the time.”

When that happens, she uses the Wi-Fi emitting from the school bus that sits in front of her apartment complex, one of several parked around the community to fill the gaps.

Even when the internet works, though, keeping kids on task at home isn’t easy. Heather Raley said she often cries from the stress of trying to make her eighth grade daughter engage online. “It just seems like we’re always butting heads over this,” Raley said. “It’s just a bigger battle getting the work done.” 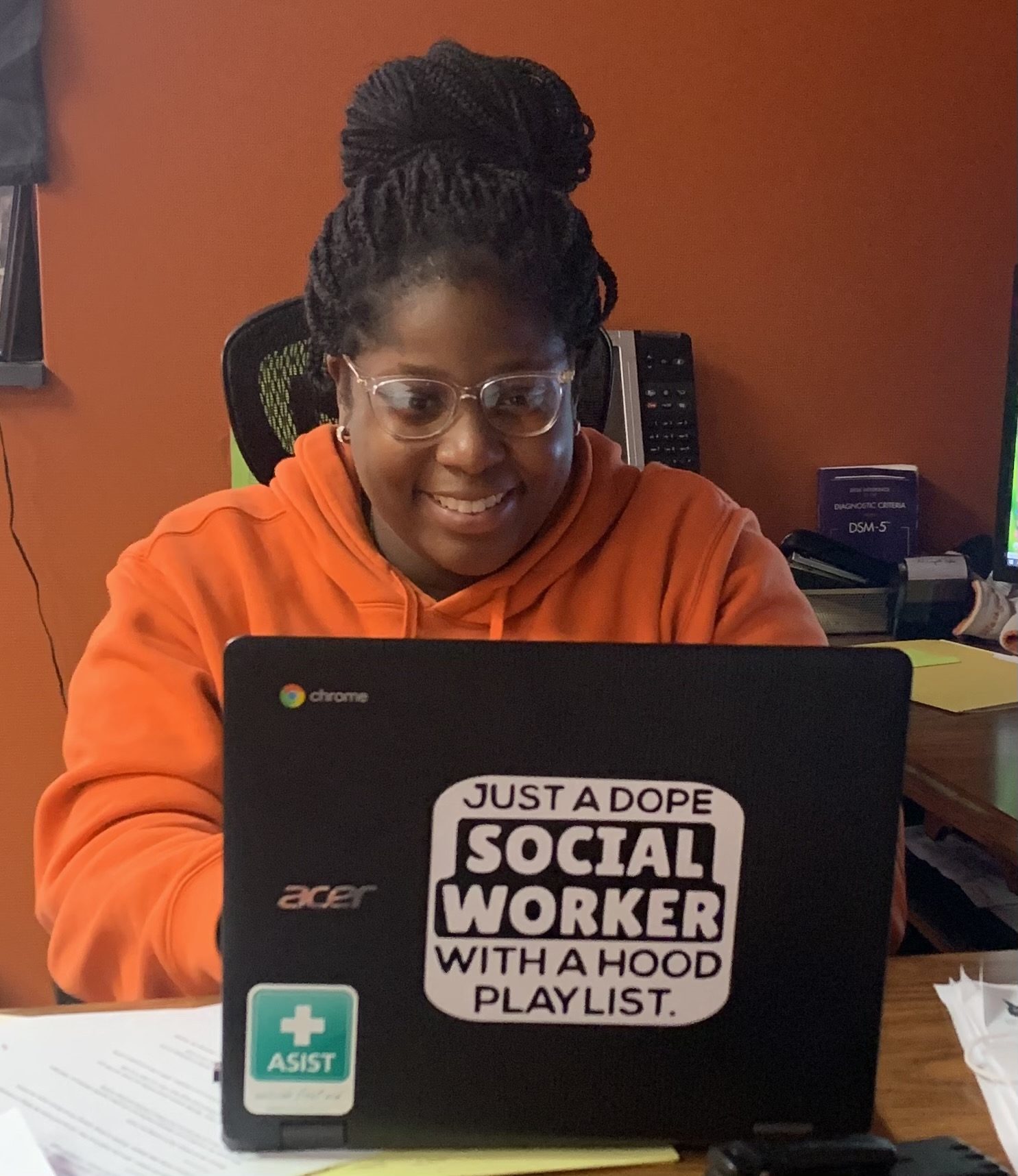 As in many other communities, students are falling behind academically. Some don’t do any of their e-learning activities. Sarah Scott’s reports to child protective services for educational neglect — when caregivers aren’t getting their children to either in-person or remote classes — have more than tripled this school year.

Brown said she also worries about physical neglect and abuse, which is harder to detect when interacting with students remotely. “If you’re in an abusive home and you have to be there five days out of the week because you’re doing remote learning, you’re in that environment even more,” she said.

More time at home can also mean doing without necessities, including food.

The school helps by offering free breakfasts and lunches for in-person students and to-go lunches on remote days. Sometimes, the principal delivers boxes of groceries to students’ homes. The school recently secured a microwave for one family and an inflatable mattress for a student who’d been sharing a bed with his grandmother.

For some kids, the stress of the pandemic has worsened emotional problems and mental illness. Recently, a former Sarah Scott student who had moved out of state logged into her former teacher’s virtual class to say she planned to kill herself. The school contacted police, who checked on her. Referrals for suicidal students are up fourfold, Brown said.

“I am all about building relationships and being in person and being able to dap you up or give you a hug and be like, ‘Hey, what’s up?’” she said, using a term for various greetings like fist bumps or elaborate handshakes. “So being online is extremely difficult for me, because you can’t really tell the tone of your student. When I’m talking to you in person, I can read your body language and I can gauge where you’re at.”

Right now, she said, the psychological well-being of her middle schoolers is even more important than education. 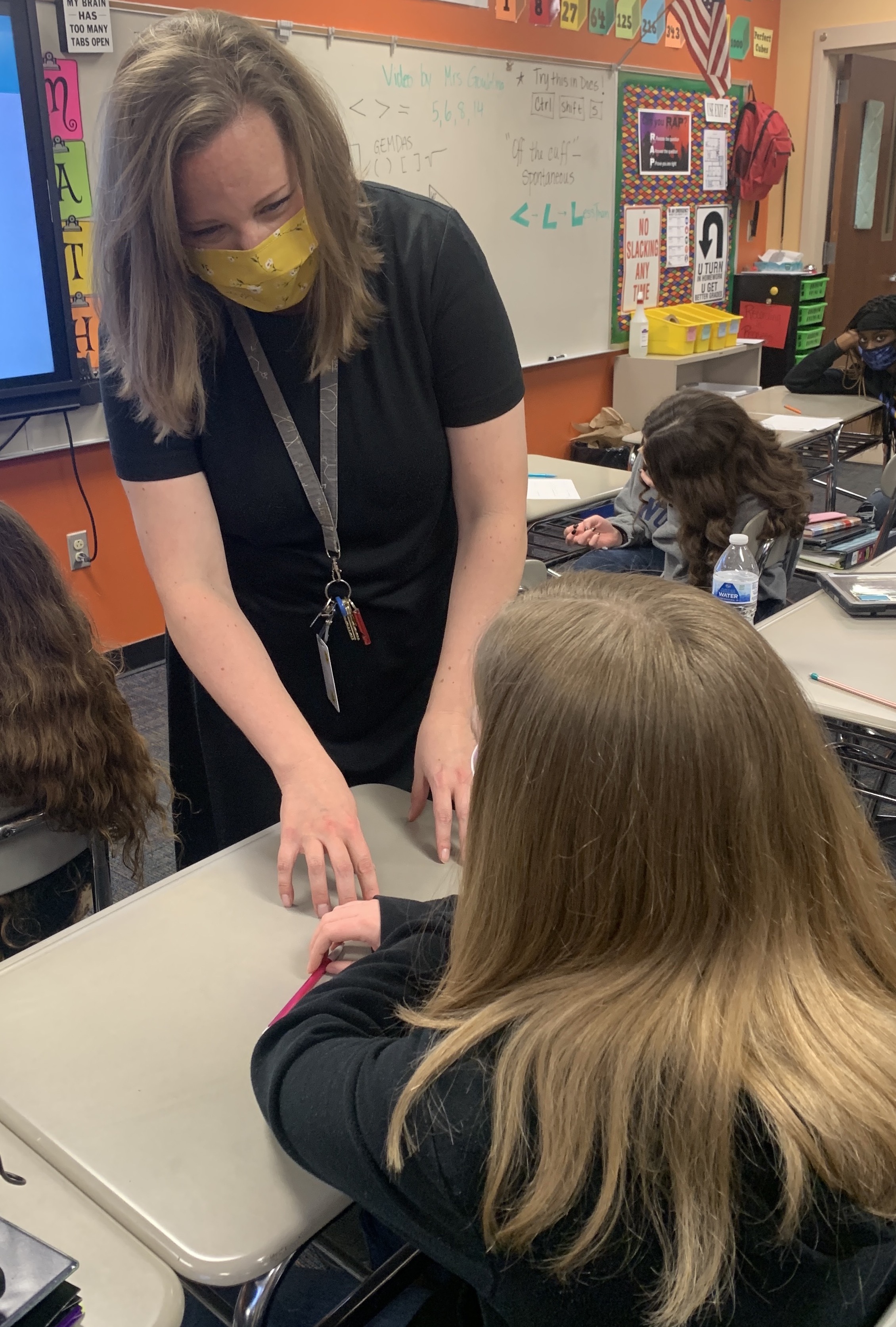 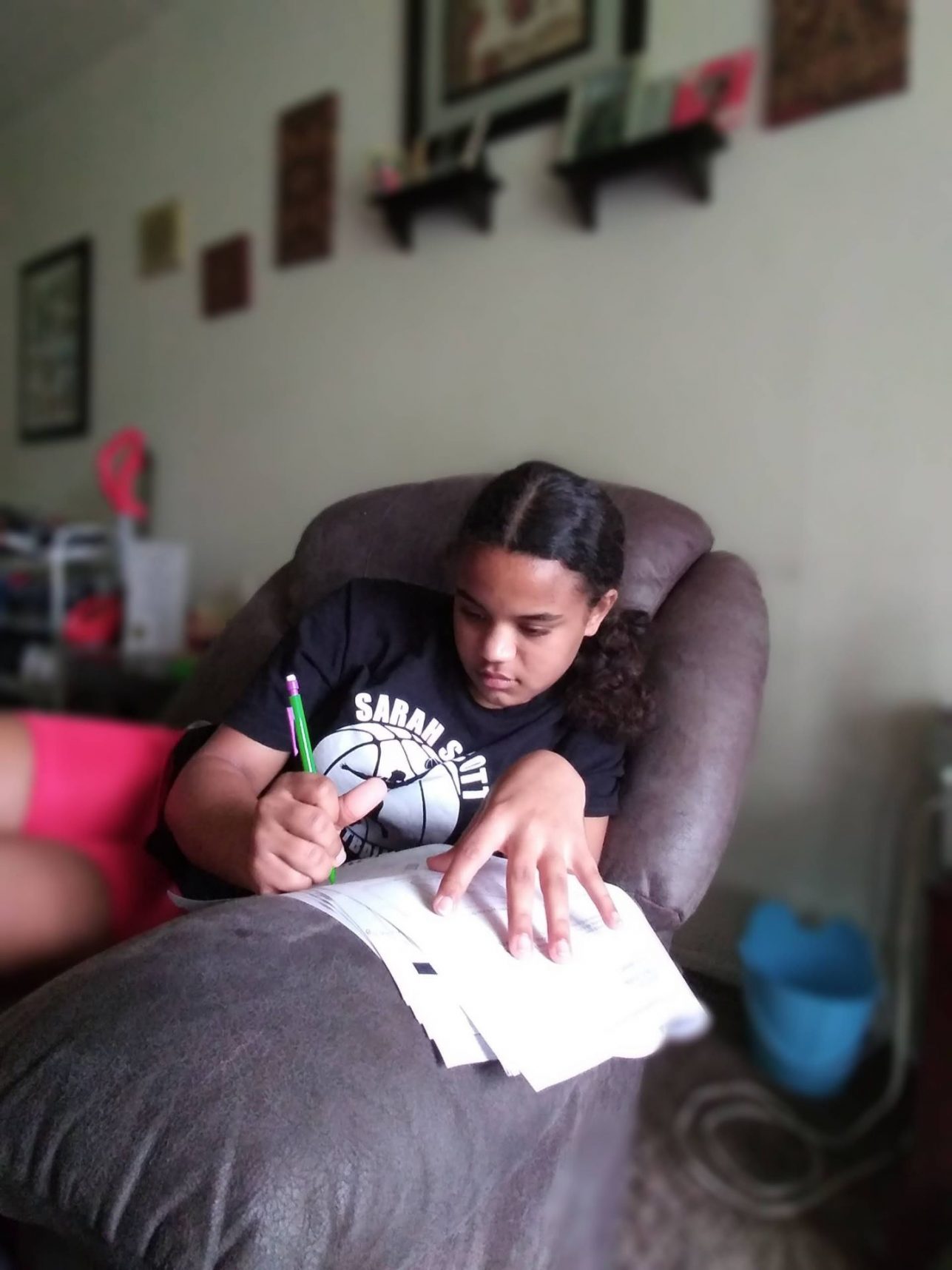 Many students, such as eighth grader Trea Johnson, come up against challenges on both fronts. Trea transferred to Sarah Scott two days before covid ended in-person learning.

“We struggle with school anyway,” said his mom, Kathy Poff. “Then when this pandemic came along, it just knocked our feet out from under us.”

His grades plunged. He began to hate school, Poff said. He didn’t attend his daily video meetings with his teachers. His mother fought with him to complete his online assignments.

“I usually get pretty bored,” said Trea, whose long, straight hair sometimes falls over his eyes.

Poff found him a therapist he meets with once a week. She said his mood and academic productivity have improved. He wants to be a computer programmer and has been coding in his spare time lately. She also moved his computer into her bedroom so she could better monitor him and has started paying him to do his schoolwork.

“I can’t even imagine what it would be like to be a 13-year-old going through this pandemic,” said Poff, 51, a single mother. “They’re going through changes anyway, adjusting to adolescence and figuring out who they are, and they don’t even have a social group to figure that out.”

Goulding, the math teacher, said she’s glad she and her co-workers can help provide stability and continuity during this trying period. One recent night, for example, she got a call from a truant boy’s grandmother, who said she was in poor health and raising him alone. The next day, the principal and social worker picked him up and drove him to school.

Still, Goulding lamented not seeing her most vulnerable students on the days when they are remote.