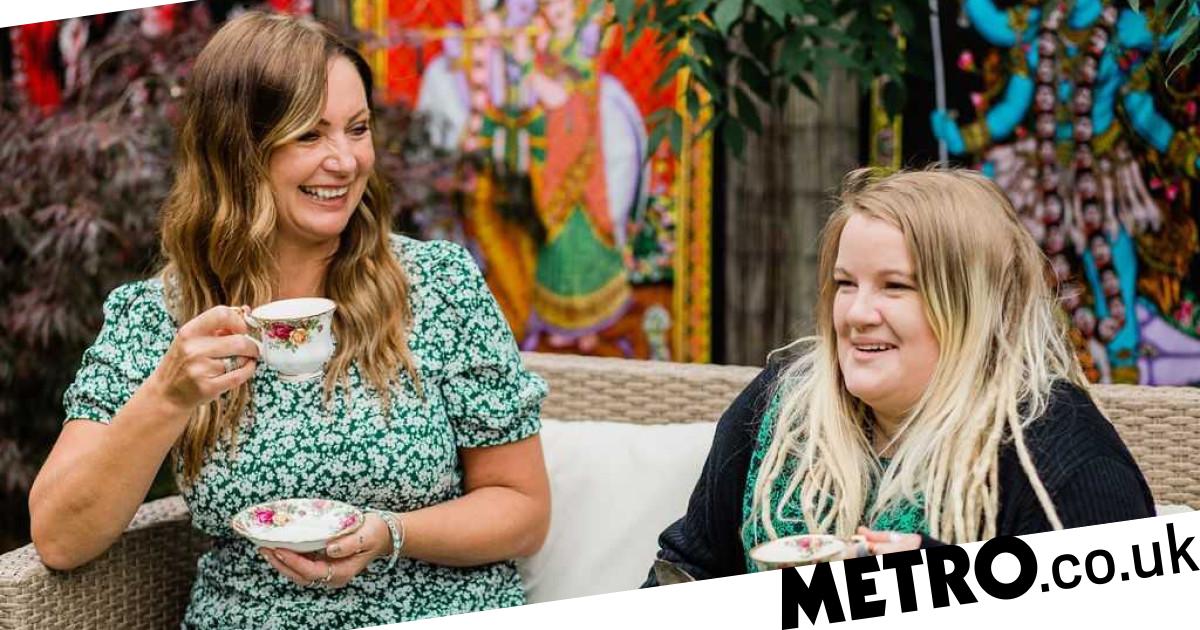 When I was 23, I was sent to a private psychiatric hospital, where I lived permanently for four and a half years.

Having been abused as a child, I had mental health problems that became so severe I started self-harming.

I didn’t think I’d ever be able to live independently, but today, aged 30, I am.

I have dissociative identity disorder (also known as multiple personality disorder) and OCD. It’s a complex condition, and not many people understand it. After being traumatised, my brain couldn’t cope – so now it switches off. I compartmentalise memories, and also have memory problems, but will get flashes of the abuse I endured.

In the hospital, I felt like I had no control. I was locked in a facility and told when to eat, had to ask to use the toilet and sometimes had to wait for an extra person to come with me. I wasn’t even allowed to go for a walk or access to a pen, unless the staff approved.

The years I spent there are hazy, it was an incredibly lonely experience. The family members that I still spoke to would visit sometimes, but I didn’t have any friends – it’s hard to maintain friendships when everyone else is having a normal life.

As I started to get better, I knew that it was time to move on. The doctors couldn’t just sign me off though, there had to be a care package in place. I was afraid to be on my own, and so had been researching family-type support and that’s when I came across Shared Lives.

The service places those in need in a home with a carer, where they live together. It’s not a traditional patient-carer system; they match you with someone who has similar interests and a lifestyle that you want – you become more of a roommate, but with the benefit of 24/7 professional support.

I wrote up a personal profile, with pictures of myself and of some of my art work, which the charity sent to the person they had paired me up with: Hayley. She sent one back, then we exchanged some emails and eventually I spent a couple of weekends with her to test the waters.

I instantly knew that I wanted to live with her. Hayley was more than my carer, she became my first friend – and living with her changed my life.

Hayley is such a strong person, and an excellent motivator. From the second I moved in she treated me like any member of the family. It wasn’t ‘we are going to go easy on Meg because she’s had some problems’ – that’s what I liked the most.

Being in her house was also the first time I got to decorate my bedroom and put my own things in it, although Hayley had certain items locked away, such as my medication and sharp objects.

She had a dog, too, who I would take into the bedroom with me at night; I knew that I’d never hurt myself while the dog was there.

Moving in felt surreal, and as the days went on I had a feeling of dread. Hospitals had been my whole world, and I wasn’t sure how I’d be able to cope in a ‘normal’ setting.

It was a constant rollercoaster. Even though I was so excited, I would come across a challenge or a dip in my mood and then freak out. For instance, I had a really hard time understanding people – I didn’t know what relationships (of any kind) were. So if someone was rude to me on the street or in the shop, I would get really upset.

One of the biggest things I’ve learnt is that being in recovery isn’t a choice you make one day and it goes upwards from there. Recovering is a decision I have to make every single day, when I fight against my self-destructive pattern.

With Hayley’s help, I improved. She taught me how to get a life for myself, encouraged me to go outside and interact with people.

There was a particular moment, when we were on holiday together (the first of many), out sailing around the Greek Islands. We were sat on the front of a small sail boat and looking out at the sea, when Hayley turned to me and said ‘You did it, Meg’.

This was turning point for me. I refuse to let my past experiences hold me back, and I could have moved in with Hayley and had that be it, but I wanted more for myself.

For the past two and a half years, I have been living on my own. I still get support from Shared Lives every day and if I’m struggling a carer will come to stay for the night, but I’m otherwise independent. I’m still in touch with Hayley too – we’re hoping to go to Thailand together in November.

I also work as an ambassador for the charity and do mental health presentations at universities, talking about my condition to social work and psychology students.

I want to help other people understand mental health more, and to make them aware of alternative care options.

With traditional methods, you don’t get to know the person who looks after you, because there are too many boundaries in place. It doesn’t feel as genuine, as they will clock off at 5pm and that’s it – I’m just another client. They can’t afford to get their emotions involved, because they have to be able to step away at the end of the day.

Whereas Hayley was always there. Family-type care provides a constant safety net, even if it’s in your subconscious. I remember being sat in my bedroom and hearing Hayley put on the kettle downstairs and just puttering about – it was comforting and homely.

She would tell me how proud she was when I was making progress, and those little things keep you going.

Hayley loves me, and I do in turn. I’m so happy to have her as my friend, and to finally be in a place where I am grateful for my life and working towards my future.

Meg met Hayley through a local Shared Lives service that supports people who need carers by placing them into their homes, where they live together. Those interested in becoming a carer for someone in need should visit the charity’s website for more information.