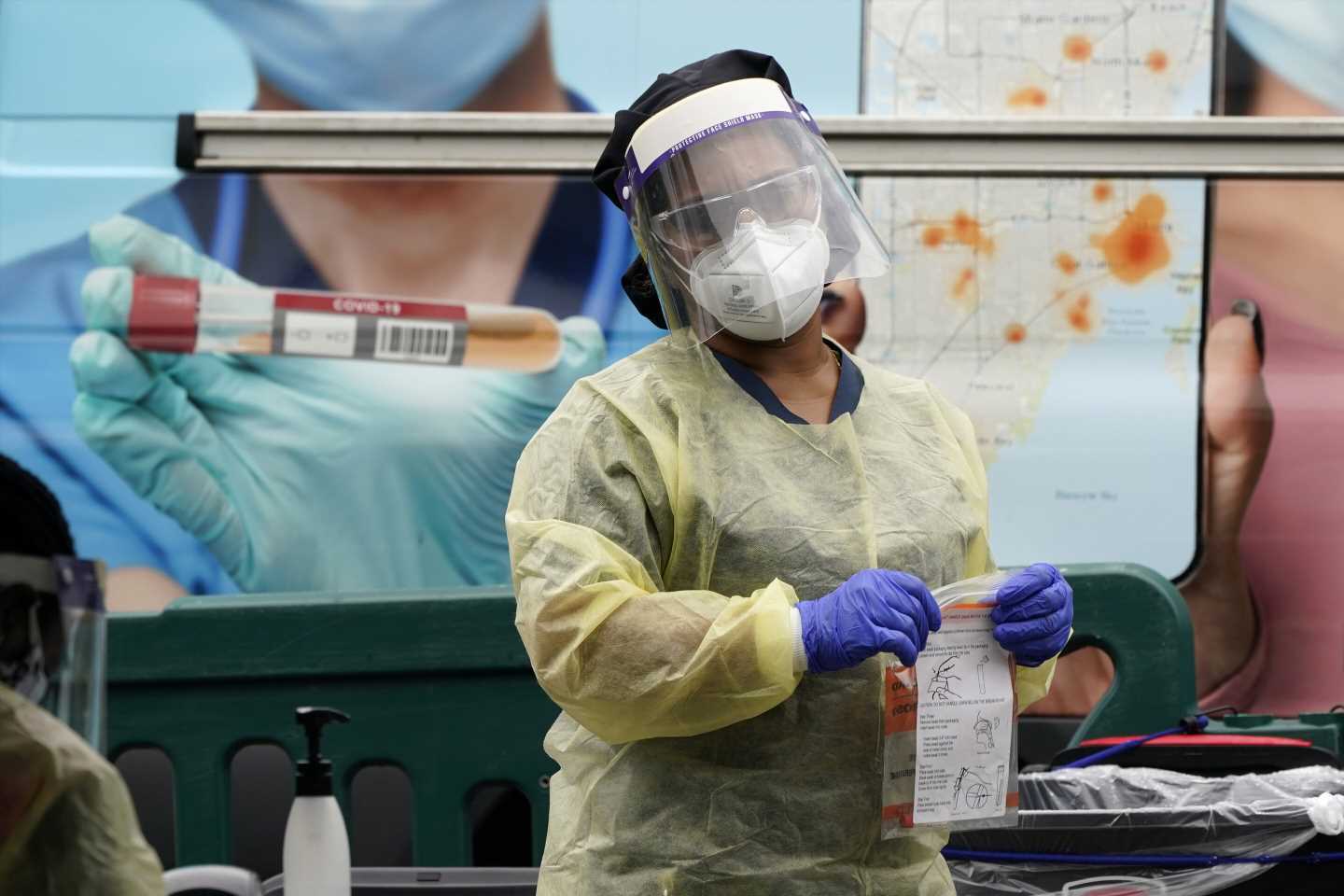 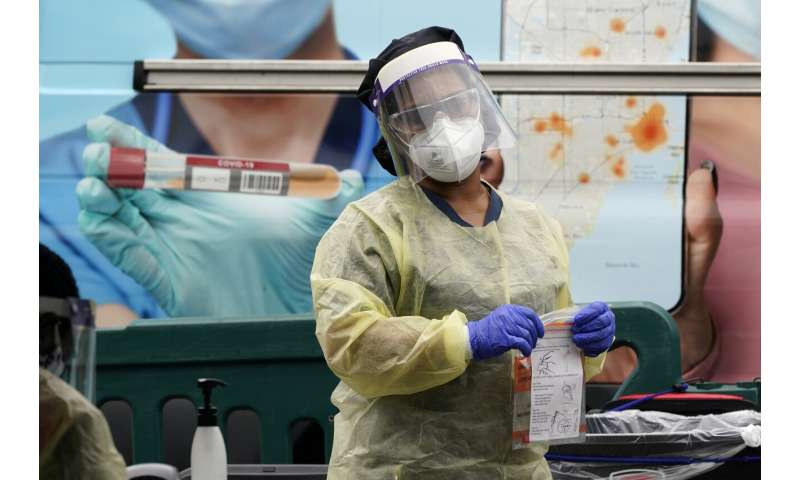 After a punishing fall that left hospitals struggling, some Midwestern states are seeing a decline in new coronavirus cases. But the signs of improvement are offset by the virus’s accelerating spread on both coasts: In California, officials scrambled to distribute body bags and deploy mobile morgues as infections rose at an alarming rate.

States including Iowa, Michigan, Minnesota and Nebraska have seen decreases in the number of people testing positive for COVID-19 over the past couple of weeks. All, however, are still experiencing an alarming number of deaths and hospitalizations because of the earlier surge of cases.

“We have a vaccine rolling out, but that doesn’t change the overall picture,” Dr. James Lawler with the University of Nebraska Medical Center’s Global Center for Health Security told the Omaha World-Herald. “Things could still turn south pretty easily.”

But he and others are encouraged by the figures. In Iowa, for example, the number of new virus cases reported daily has declined over the past two weeks from nearly 1,800 to about 1,250. In Nebraska, it has gone from about 1,800 a day to a little under 1,300.

“I am fingers crossed right now,” said Dr. Stacey Marlow, an emergency room physician at UnityPoint Allen Hospital in Waterloo, Iowa. “The COVID patients that I am seeing are very, very sick. But there are … less of them.” 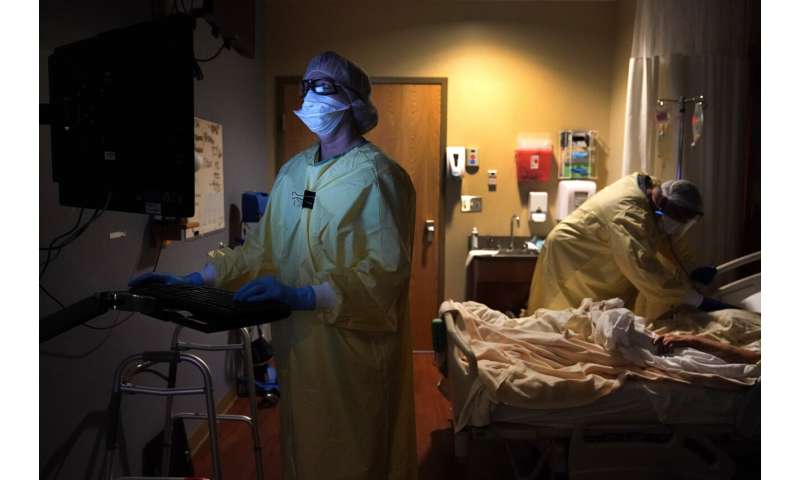 Deaths from the virus in Iowa have continued to rise sharply, to an average of 79 a day, up from 28 two weeks ago.

The hope, of course, is that the drop in infections will translate into a decline in deaths, but that could take time. Many of those now dying of COVID-19 may have been infected weeks ago.

Nationwide, the death toll has topped 300,000, with more than 16 million confirmed infections. On average, the U.S. is seeing about 2,400 deaths and over 215,000 new cases per day. An influential model from the University of Washington says deaths could total 502,000 by April 1, even with a vaccine.

Lawler said more Nebraska residents appear to be following warnings to limit dining out and wear masks in public. It helps that a number of Nebraska cities recently passed mask mandates, he said.

But he said it’s important for Nebraskans to remain vigilant about maintaining social distancing as they wait for vaccines to become widely available in the spring. 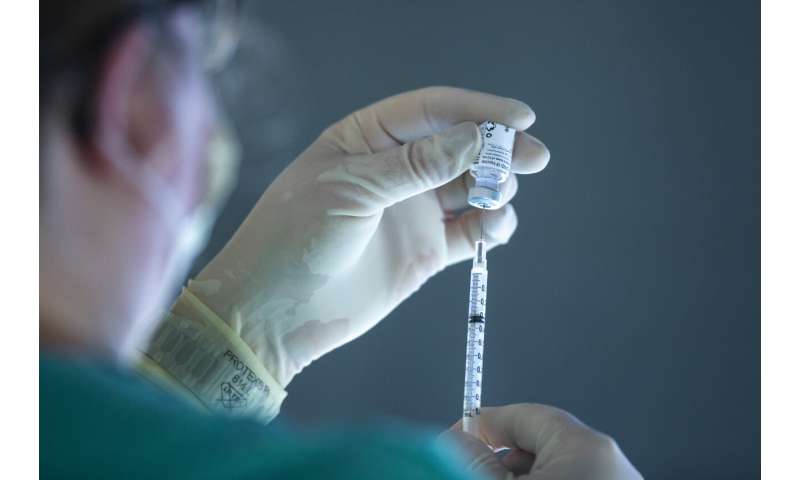 In a call with governors this week, White House coronavirus task force member Dr. Deborah Birx said the progress in Midwestern states is being offset by a “deteriorating situation” on both coasts.

Nationwide, the number of people in the hospital with the virus has hit an all-time high of more than 110,000, according to the COVID Tracking Project.

In California, hospitalizations are now double the summertime peak and threaten to overwhelm the system, Gov. Gavin Newsom said Tuesday. The supply of beds in intensive care units is dwindling as new cases average more than 31,000 a day. State officials are distributing 5,000 body bags, mostly to the hard-hit Los Angeles and San Diego areas, and have 60 refrigerated trailers standing by as makeshift morgues in anticipation of a surge of coronavirus deaths. 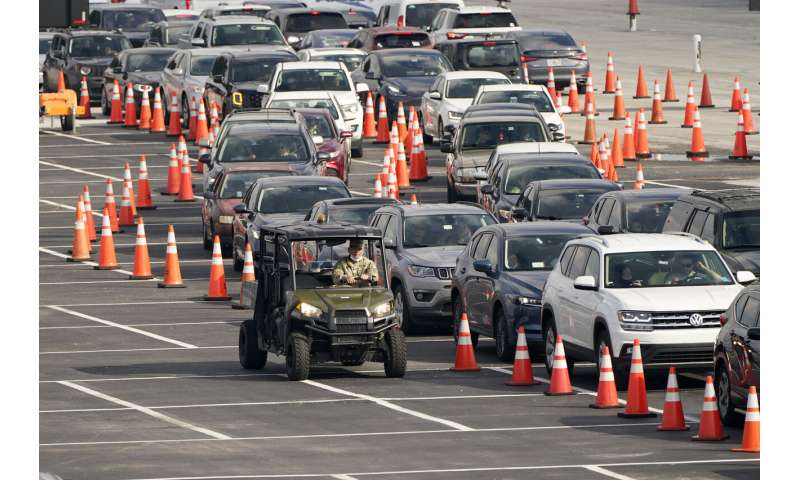 “We have reached case counts that exceed all previous records,” said Van Do-Reynoso, Santa Barbara County public health director. “It is imperative that each individual take action now and stay home. We are reaching a point where we can see on the horizon our health care system being overrun.”

In New York City, officials halted indoor dining at restaurants Monday as the number of infections continued to climb. State and city officials have warned that a broader shutdown might be necessary if things keep getting worse.

“We cannot let this virus keep growing, especially at a moment where we are finally getting the vaccine and can turn the corner,” Mayor Bill de Blasio said. 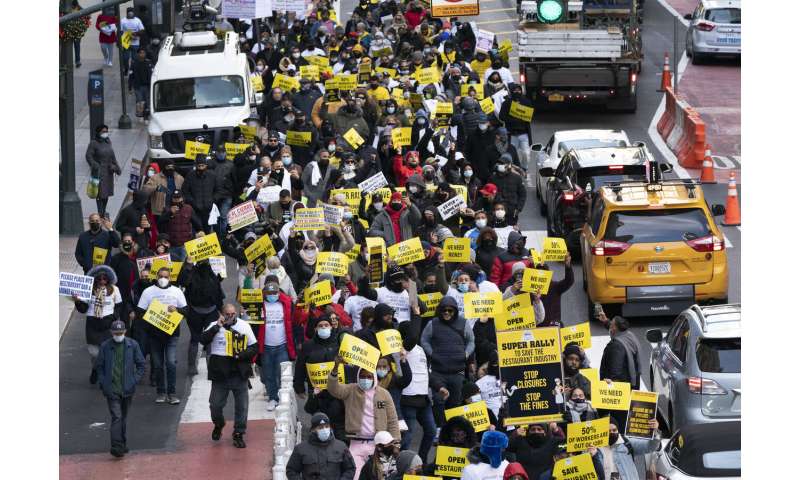 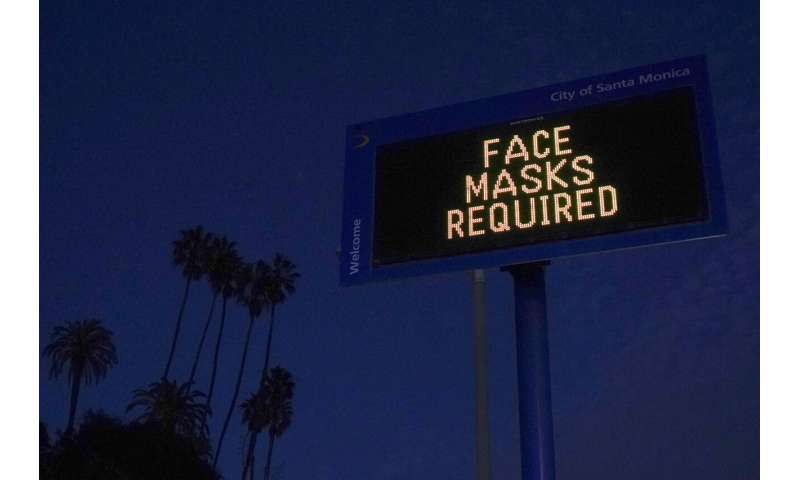 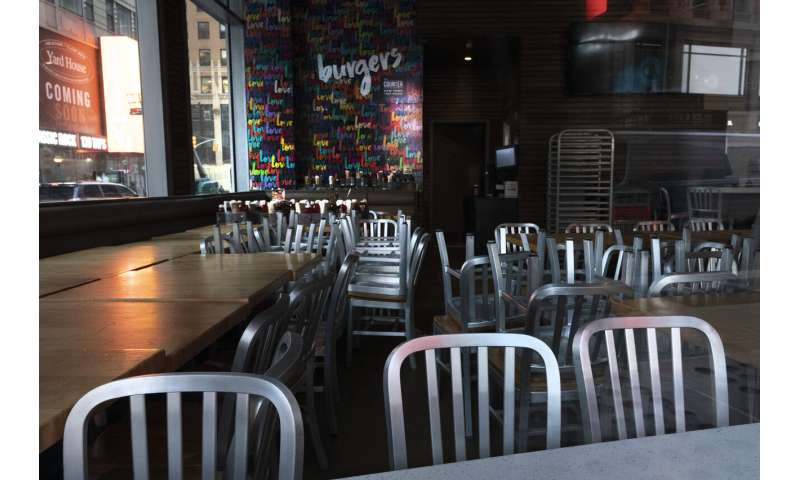 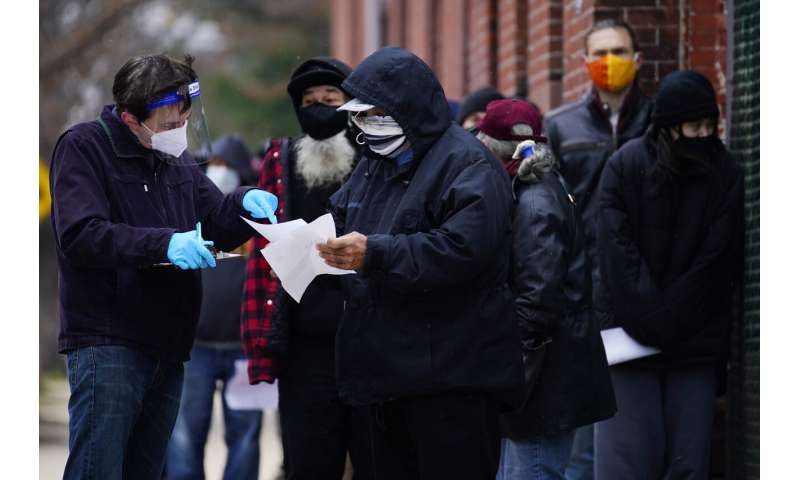 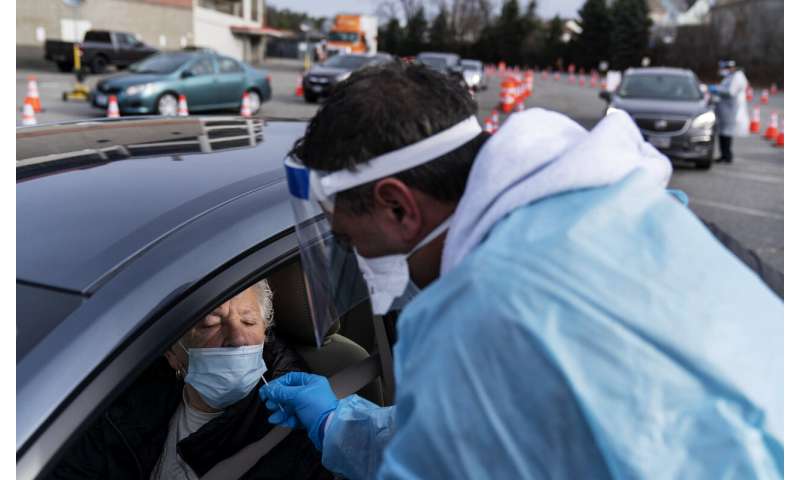 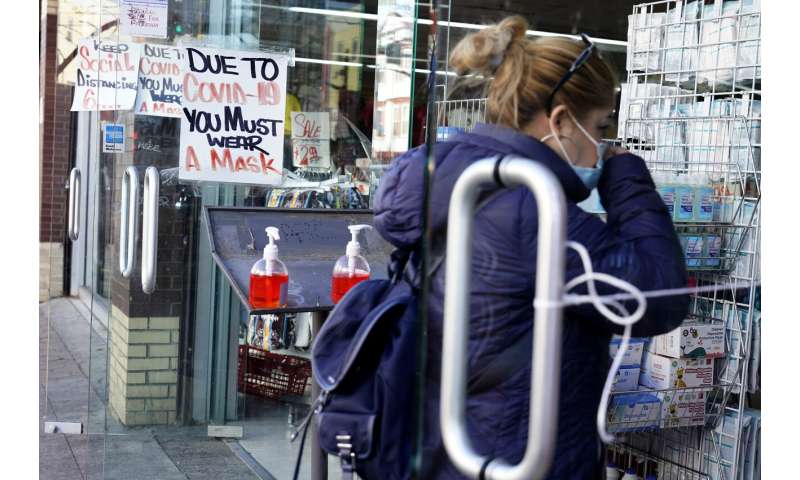 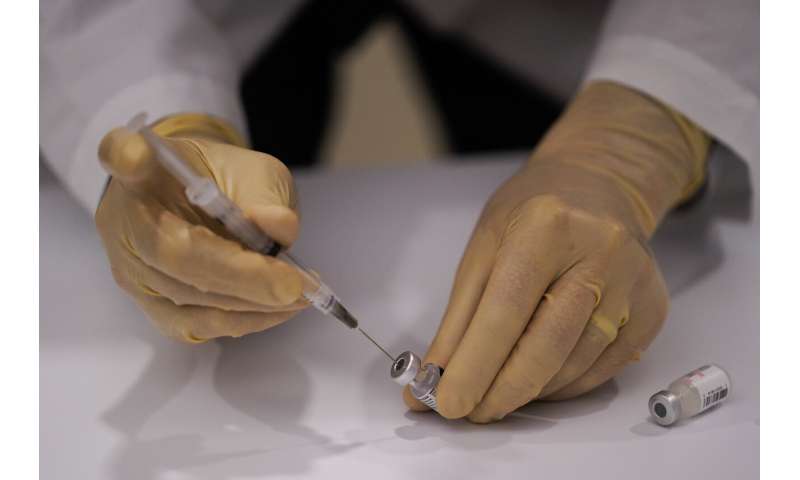 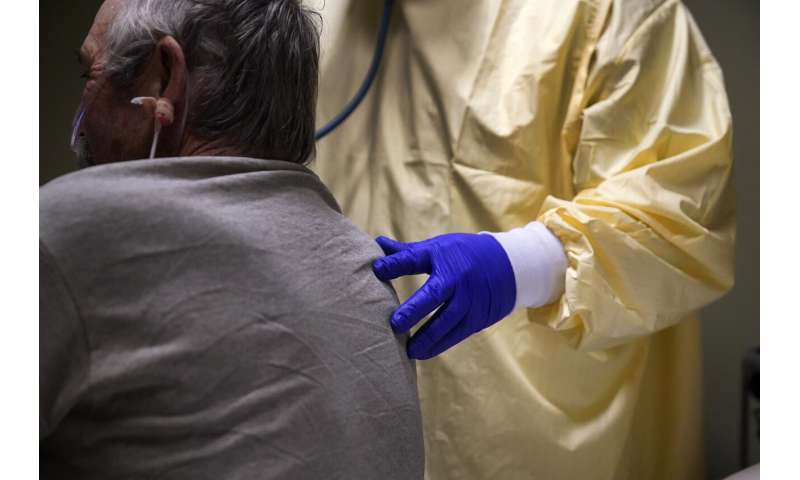 About 370 coronavirus patients were in intensive care in the city this week, triple the number of a month ago, but a fraction of the more than 3,100 patients who filled ICUs in April. Across the state, new confirmed cases have risen from about 6,500 a day to more than 10,100 over the past two weeks.

In New Jersey, a rise in new cases from about 4,000 a day at the end of November to an average of 4,900 has raised concerns among officials and health providers. But the dynamic is very different from the crisis of last spring.