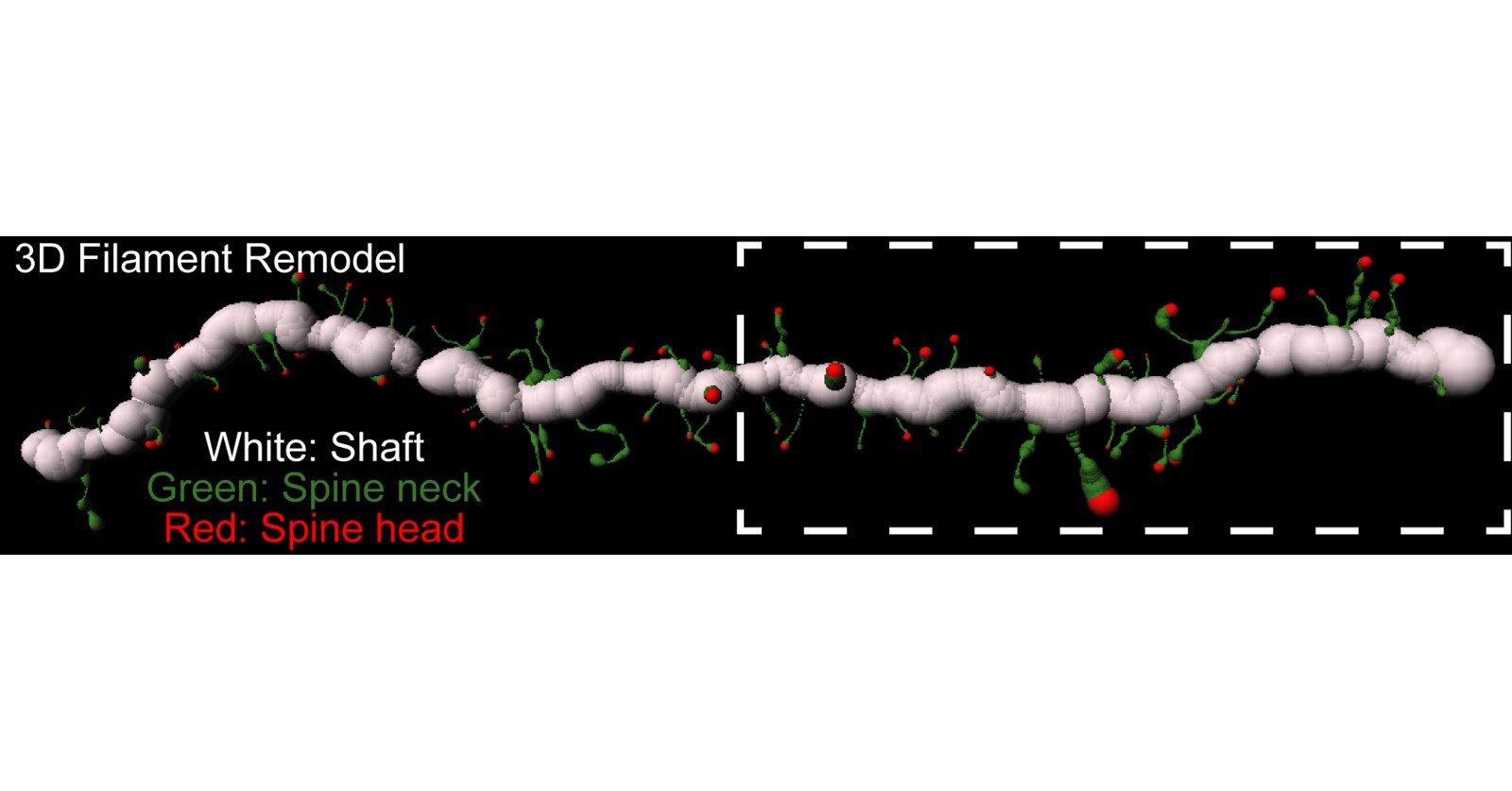 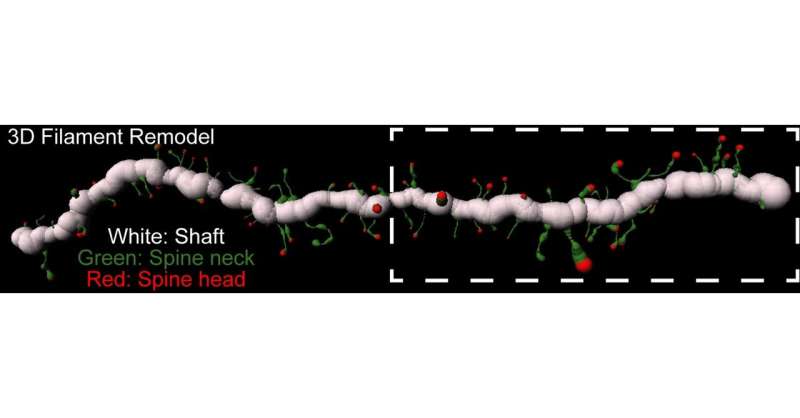 Addiction, or substance use disorder (SUD), is a complex neurological condition that includes drug-seeking behavior among other cognitive, emotional and behavioral features. Synaptic plasticity, or changes in the way neurons communicate with one another, drives these addictive behaviors. These lasting brain changes are at the crux of why addiction is so hard to treat.

A new study in Biological Psychiatry now shows that players in the extracellular environment—not just at neuronal interfaces—contribute to addiction plasticity. Neurons in a brain area called the nucleus accumbens are known to undergo addiction-related plasticity. Specifically, changes at synapses of medium spiny neurons (MSN), which sense the neurotransmitter dopamine, have been associated with drug-seeking and extinction behaviors.

The researchers trained rats to self-administer heroin by pushing a lever for 10 days, followed by a 10-day withdrawal period. They then carefully examined the rats’ brains under a microscope to detect enzymatic activity around the MSN synapses.

The study focused on the activity of extracellular enzymes called metalloproteinases (MMP). MMPs break down proteins that constitute the extracellular matrix around nerve cells. This matrix of proteins supports synaptic connections, but it also constrains the remodeling of synaptic connections in response to experience. Therefore, MMP activity directly impacts cells’ ability to manifest neuroplastic changes.

To assess activity of the MMPs, the researchers used a technique called in vivo zymography, in which the rats’ brains were injected with a fluorescent dye encapsulated in a protective gelatin coat at various points during the drug-training regimen. Once broken open by MMP enzymes, the dye becomes visible, allowing the investigators to observe cells’ morphology as well as the enzymes’ activity around specific cell types and sub-cellular locations.

“We found that drug cues increased MMP activity on one cell type in the nucleus accumbens,” said Dr. Kalivas, referring to D1-type MSNs, “and they decreased activity on another cell type,” the D2-type MSNs. “By showing this cellular specificity of MMP activation and inactivation by cues, we have identified novel molecules that may be potential targets for drug development in treating drug addiction,” he added.

Importantly, the researchers also saw MMP activity associated with cells adjacent to the MSNs called astrocytes, a type of glial cell. The astrocytes, the extracellular matrix, and the two neurons forming a synapse are all part of what is termed the tetrapartite, or four-part, synaptic complex.