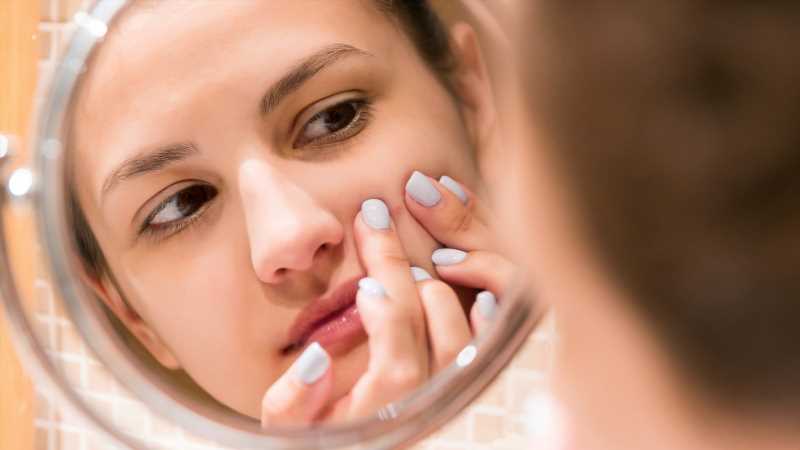 Everyone picks at a bump or spot on their skin from time to time, but for some people, the behavior becomes so repetitive it causes damage and can lead to infection. In this case, it’s known as skin picking disorder (SPD), excoriation disorder, or dermatillomania, according to the Cleveland Clinic. SPD is common with other disorders like obsessive compulsive disorder, attention deficit hyperactivity disorder, autism spectrum disorder, and more.

For people who have SPD, the desire to pick at the skin is overwhelming, and it is typically a behavior they will hide from others. This can lead to isolation, often resulting in depression and anxiety. But there is treatment and help to cut down on the habit.

Stress management is a big part of addressing SPD, and it’s important to identify what triggers the behavior. Some people pick when they’re bored, itchy, avoiding emotions, or are even triggered just by the sight of their skin, according to Harvard Health.

There are several routes to treatment

For many people, one simple step is to make is more difficult to reach their skin by wearing tight-fitting clothes and long sleeves. Keeping nails short is another tip to avoid skin damage. It may also help to keep hands busy with things like stress balls and fidget spinners.

Changing behavior at its root is another way to address the issue, so someone with SPD may want to consider getting therapy. Cognitive behavioral therapy has been proven to work for people with SPD, as a counselor helps the patient pinpoint sources of emotional stress that trigger their behavior (via Medical News Today). Together they create a plan to refocus energy in a positive way, rather than reverting to harmful habits. For example, the patient might squeeze their fist for a minute until the urge to pick their skin passes.

There is no specific medication that has been approved by the Federal Drug Administration to treat SPD but several antidepressants are thought to be helpful. N-acetylcysteine (NAC), which is an antioxidant, has also been used to treat SPD, according to Harvard Health. You may want to discuss medication as a treatment option with your healthcare provider, in conjunction with other treatment therapies.