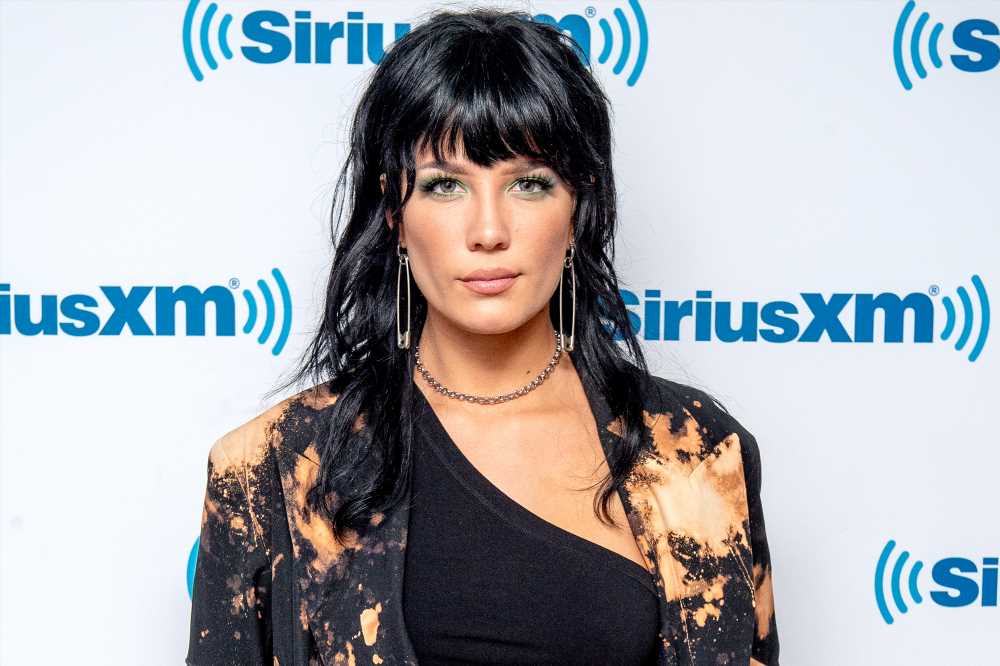 Halsey is opening up about her road to pregnancy.

The 26-year-old singer, who is currently expecting her first child with boyfriend Alev Aydin,  got candid about the journey in an Instagram Story post on Monday.

"why is it ok to speculate and pass judgement about fertility and conception?" Halsey wrote. "My pregnancy was 100% planned, and I tried very hard for this bb."

"But I would be just as happy even if it were another way," she added. RELATED: Pregnant Halsey Reflects on Endometriosis Struggles as She Shows Off Baby Bump: 'Scars That Got Me This Angel'

Halsey has been outspoken about her struggles with reproductive health. Back in 2016, she revealed during a Rolling Stone interview that she had become pregnant the year prior — just before her career launched — but suffered a miscarriage directly ahead of a show. She still went ahead with the performance.

"It's the angriest performance that I've ever done in my life," she recalled. "That was the moment of my life where I thought to myself, 'I don't feel like a f—ing human being anymore.' This thing, this music, Halsey, whatever it is that I'm doing, took precedence and priority over every decision that I made regarding this entire situation from the moment I found out until the moment it went wrong. I walked offstage and went into the parking lot and just started throwing up."

In another Rolling Stone profile in 2019, the "Graveyard" songstress shared that she was considering freezing her eggs that summer, worrying her struggles with endometriosis could plague her chances of conceiving.

Surgeries to treat endometriosis, however, proved to be a positive step in the right direction, according to Halsey.

"I was like, 'Wait, what did you just say? Did you just say I can have kids?' It was like the reverse of finding out you have a terminal illness. I called my mom, crying," she remembered telling her doctor, adding that she then jokingly made a "pregnancy pact" with her assistant: "Never mind. I don't need to put out a third album. I'm just going to have a baby!"

Within the album notes for her second studio album Manic, Halsey touched on how her song "More" relates to her fertility struggles. RELATED: Everything Halsey Has Said About Miscarriage, Infertility and Her Road to Pregnancy

"I've been really open about my struggles with reproductive health, about wanting to freeze my eggs and having endometriosis and things like that," she wrote. "For a long time, I didn't think that having a family was something I was going to be able to do, and it's very, very important to me."

"Then one day my OB-GYN tells me it's looking like I maybe can, and I was so moved. It felt like this ascension into a different kind of womanhood," Halsey explained. "All of a sudden, everything is different. I'm not going to go tour myself to death because I have nothing else to do and I'm overcompensating for not being able to have this other thing that I really want. Now, I have a choice. I've never had a choice before."

Halsey announced her pregnancy in late January, sharing a trio of maternity photographs on her Instagram alongside the caption: "surprise! 🍼🌈👼🏻 Photos by @samdameshek."

The expectant star also celebrated the news on Twitter, writing, "my rainbow🌈."