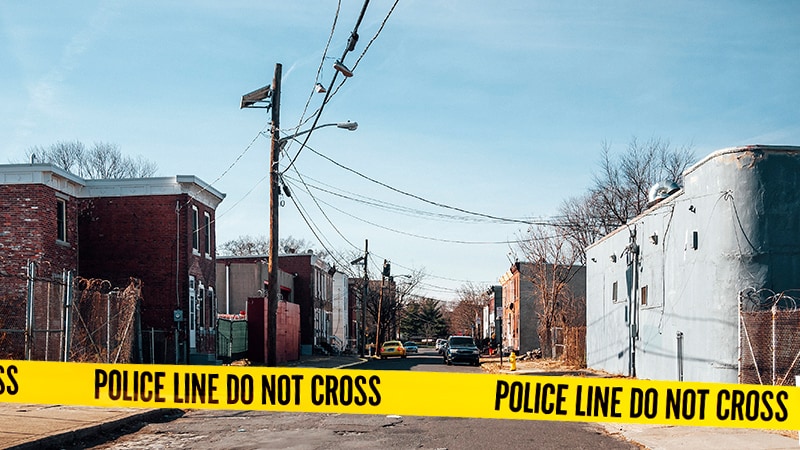 Growing up in neighborhoods perceived as unsafe is linked to disordered sleep in adulthood, in new findings that suggest improving neighborhood safety can have long-term benefits on sleep quality.

The findings were presented at SLEEP 2022, the 36th annual meeting of the Associated Professional Sleep Societies.

“Sleep disparities begin to emerge as early as infancy, so it is important to identify modifiable targets for interventions to prevent the emergence of sleep health disparities as early in the lifespan as possible. The environment has been shown to play a vital role in sleep health,” said Gaston.

The researchers used data from 1611 Black women enrolled in the Study of Environment, Lifestyle and Fibroids to investigate associations between their perceived childhood neighborhood safety at ages 5, 10, and 15 years and sleep health at ages 23-25 years.

Living in a perceived unsafe neighborhood at ages 5 and 15 years was associated with frequent insomnia symptoms and frequently waking feeling unrested, respectively.

“The findings aligned with both our expectations and prior studies that demonstrated associations between neighborhood safety and sleep disturbances at different life stages,” said Gaston.

“There are known persistent racial/ethnic and socioeconomic disparities in sleep health with Black/African Americans being much more likely to have insufficient sleep and poor sleep quality compared to other Americans. Feelings of being unsafe in one’s environment may negatively impact one’s ability to engage in restful, uninterrupted sleep,” she said.

Gaston noted that increasing a sense of community or neighborhood social cohesion may help people feel safer and has also been associated with better sleep. Recent studies have also shown that interventions such as converting vacant lots to green space may reduce crime.

“All of these interventions, however, will likely have limited impacts until the eradication of structural racism that historically, through practices such as redlining, gave rise to areas of concentrated poverty where crime rates are elevated compared to higher income areas,” Gaston noted.

“Interventions at national, state, and local levels that work to reduce the burden of poverty could have broad impacts, well beyond sleep, that are beneficial for societal health and well-being,” she added.

Reached for comment, Jessica Jean Baptiste, PhD, psychologist with NYU Langone Health in New York, said she is not surprised by the findings in this study.

“It is well documented that prolonged exposure to environmental stress can have many harmful impacts on one’s physical health. Feeling unsafe and anxious in your own neighborhood, the place where you live, work, eat, care for your family, is the epitome of chronic stress,” Jean Baptiste told Medscape Medical News.

“Chronic exposure to stress/feeling unsafe results in consistent increase in heart rate, elevated levels of stress hormones and of blood pressure, which can all have an adverse impact on the body and long-term health outcomes,” added Jean Baptiste, who was not involved in the study.

She acknowledged that making people feel safer in their environment is a challenge that requires a multilayered solution.

Any intervention should start with a conversation with the people that are impacted and an assessment by local and state officials of the health of the neighborhood, she noted.

Increasing mental health services and including conversations about stress and psychological safety as a standard in primary care and creating opportunities for community cohesion are also important.

This study was funded by the Division of Intramural Research within NIEHS, part of the National Institutes of Health, and the American Recovery and Reinvestment Act funds designated for NIH research. Gaston and Jean Baptiste have reported no relevant financial relationships.