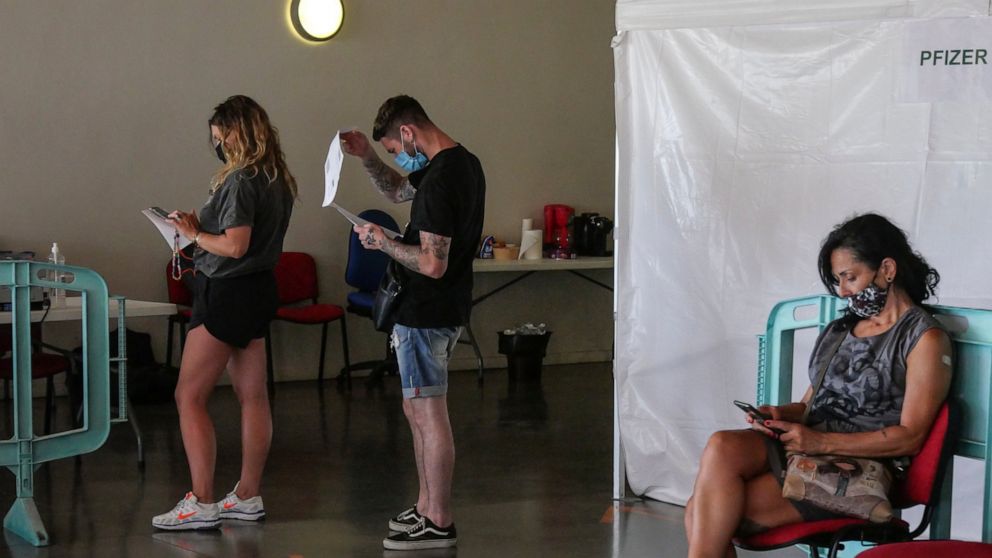 PARIS — Tens of thousands of people, including far-right activists and members of France’s yellow vest movement, protested Saturday across the country against a bill requiring everyone to have a special virus pass to enter restaurants and mandating COVID-19 vaccinations for all health care workers.

Police fired water cannon and tear gas on rowdy protesters in Paris, although most gatherings were orderly.

Legislators in France’s Senate were debating the virus bill Saturday after the lower house of parliament approved it on Friday, as virus infections are spiking and hospitalizations are rising. The French government wants to speed up vaccinations to protect vulnerable people and hospitals, and avoid any new lockdown.

Most French adults are fully vaccinated and multiple polls indicate a majority of French people support the new measures. But not everyone.

Protesters chanting “Liberty! Liberty!” gathered at Bastille plaza and marched through eastern Paris in one of several demonstrations Saturday around France. Thousands also joined a gathering across the Seine River from the Eiffel Tower organized by a former top official in Marine Le Pen’s anti-immigration party.

While most protesters were calm, tensions erupted on the margins of the Bastille march. Riot police sprayed tear gas on marchers after someone threw a chair at an officer. Other projectiles were also thrown. Later some protesters moved to the Arc de Triomphe and police used water cannon to disperse them.

Marchers included far-right politicians and activists as well as others angry at President Emmanuel Macron. Their anger focused on a French “health pass” now required to enter museums, movie theaters and tourist sites. The bill under debate would expand the pass requirement to all restaurants and bars in France and some other venues.

To get the pass, people need to be fully vaccinated, have a recent negative test or have proof they recently recovered from the virus.

Lawmakers are divided over how far to go in imposing health passes or mandatory vaccinations. More than 111,000 people with the virus have died in France, and the country is now seeing about 20,000 new infections a day, up from just a few thousand a day in early July.

More than 2 billion people worldwide have been vaccinated and information about COVID-19 vaccines is now widely available, but many protesters said they felt they were being rushed into something they’re not ready to do.

Céline Augen, a secretary at a doctor’s office, is prepared to lose her job under the new measure because she doesn’t want to get vaccinated.

Ayoub Bouglia, an engineer, said, “We need to wait a little bit before the French people can decide … I think a part of France is always going to be unwilling and that blackmail and threats won’t work.”

Last weekend, more than 100,000 people protested around France against the measures.

Follow all AP stories on the coronavirus pandemic at https://apnews.com/hub/coronavirus-pandemic.