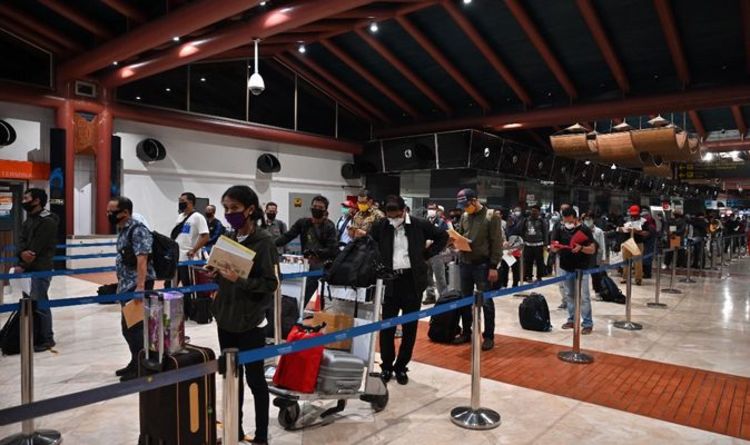 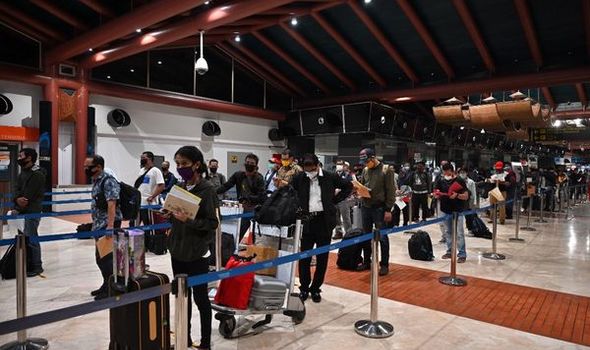 Prof Ashley Woodcock led an expert group which drew up a list of measures agreed with the government last week, including the use of hand gel and mandatory face masks.

Passengers will also have to ask permission to use the toilet on the plane to ensure queues don’t form.

Prof Woodcock says he was confident the recommended measures made it “safe to fly” and said he would be prepared to “get on a plane tomorrow”.

There had been calls for tougher measures including checking for elevated temperatures of passengers at check in.

This measure was launched in a trial at Heathrow last month with passengers arriving at the airport’s Terminal 2 screened to through infrared thermal imaging cameras through the immigration hall.

But it is not included in the new guidance.

Prof Woodcock said: “Although screening could deter people from travelling with a temperature, thermal screening would have so many false positives and false negative results it would be difficult to see the benefit. About 5 years ago, Manchester Airport tried drug sniffer dogs. They may have deterred anyone from carrying class A drugs – they certainly didn’t find any – but instead they did find cheese and sausages. 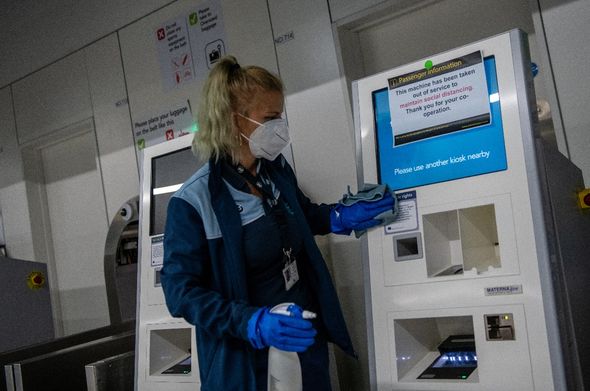 “Its the same with temperature scanning – first you may miss a lot of asymptomatic Covid carriers. And if you do identify someone who has a temperature – and say they are a parent of a family of four what do you do then? Where do you put them if they miss their flight?

He added: “The results from throat swab tests would take too long and are also too unreliable.”

Professor Woodcock, one of the country’s top respiratory specialists said the “simple rules” that had been recommended would be sufficient.

Professor Woodcock, OBE, from the University of Manchester, said the low humidity in the plane at altitude also meant a virus was unlikely to survive for long and air filtration on planes sift out virus particles.

And he said that while it was not always possible to maintain the two-metre rule in airports, wearing masks would mitigate any potential risk because it stops people spreading the virus.

He said: “You can reduce the risks of people being in closer proximity at airports and in planes by encouraging social distancing where possible, but with the mandatory use of face masks, which can protect people who are coughing or sneezing from spreading the virus, although not catching it.” 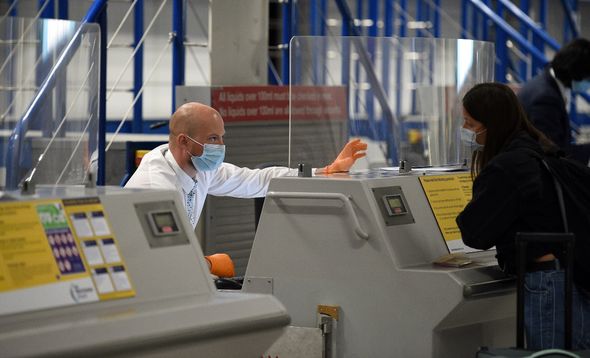 He added: “People are already conscious about their personal space. The two metre rule is mainly based on how far someone can cough a spray of droplets but most people cough with their hand over their mouth – I can’t remember anyone coughing in my face. Masks reduce the risk of droplet spread and that is why they are recommended indoors

“Walking past someone without a mask outdoors is not a risky thing to do in terms of spreading the virus.

“Evidence strongly suggests the virus is mostly spread from personal contact and from surfaces which is why hand gel will be important even in the long term.”

Prof Woodcock added that too many unnecessary checks could have a negative effect because slowing down the process would lead to crowds.

He said: “Airports have to be slick and efficient to get passengers through quickly without bunching. The new simple recommendations mean this should be possible, and the risk of someone catching the virus will be low, because travelling by planes is such an orderly process.”

Tim Hawkins, Chief Strategy Officer at Manchester Airports Group, said: “This new guidance provides the basis for the restart and recovery of the UK aviation industry – it offers clear information for us, our passengers and our airlines on the steps needed to create a safe travel experience.”

Airlines and EasyJet and RyanAir are already planning to resume flights later this month, with an increase of their schedules from July.

EasyJet announced it hoped to resume flights on 75 percent of its routine network by the end of August, and the airline is starting limited services this month as it adjusts to the coronavirus collapse in air travel.

It has estimated that half of its network would be reopened by the end of July, increasing to 75 percent during August.

Daily flights dropped by 80 percent since the start of the year. Some airlines have grounded entire fleets. Others focussed on cargo flights to make what money they can.

Efforts to restart the tourist industry in the UK have recently been complicated by the introduction of controversial new quarantine rules on 8 June – which will force passengers to isolate themselves for two weeks after arriving in the country.