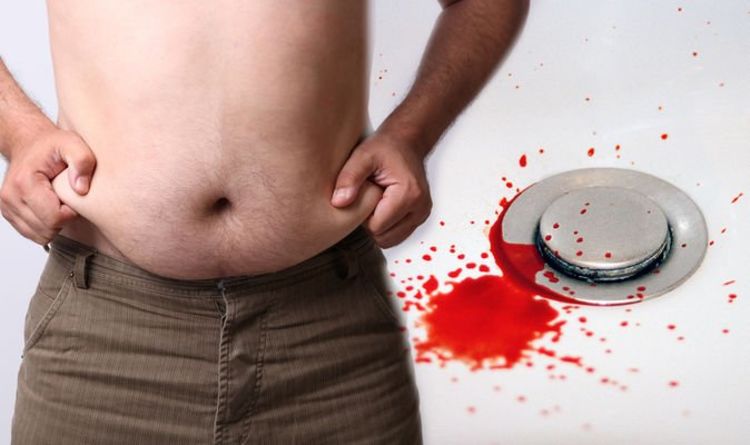 When you subscribe we will use the information you provide to send you these newsletters. Sometimes they’ll include recommendations for other related newsletters or services we offer. Our Privacy Notice explains more about how we use your data, and your rights. You can unsubscribe at any time.

Alcoholic fatty liver disease is due to heavy alcohol use. Your liver breaks down most of the alcohol you drink, so it can be removed from your body. But the process of breaking it down can generate harmful substances. These substances can damage liver cells, promote inflammation, and weaken your body’s natural defences. When this occurs, unusual bleeding may occur.

Alcohol may cause swelling and inflammation in your liver, or something called hepatitis, said Mount Sinai.

Alcohol may cause swelling and inflammation in your liver, or something called hepatitis, said Mount Sinai.

“Your symptoms may vary depending upon the severity of your disease.

“Usually, symptoms are worse after a recent period of heavy drinking.

“You may have abnormal bleeding.

“You may have frequent nosebleeds or bleeding gums.” 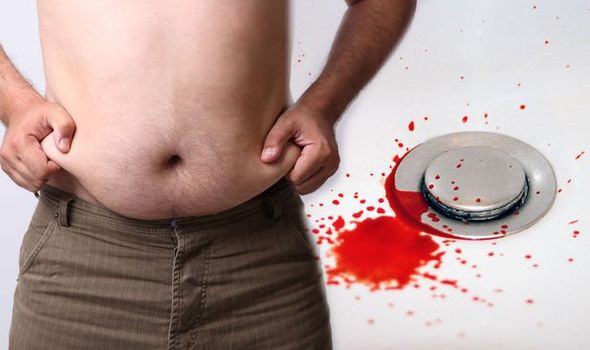 In a study published in the US National Library of Medicine National Institutes of Health, epistaxis and liver cirrhosis was further investigated.

Epistaxis is the medical name for nosebleeds and could be an early indication of liver damage.

The study noted: “Variceal bleeding is a life-threatening complication of cirrhosis, and survival is closely related to failure to control haemorrhage or early rebleeding, which occurs in as many as 50 percent of patients.

“The most dramatic presentations often occur in patients with chronic liver disease.

“Since large volume blood loss is poorly tolerated in patients with liver damage, if control of bleeding is not achieved by standard treatment the source of blood loss should be rapidly re-evaluated.”

In another study published in the US National Library of Medicine National Institutes of Health, nosebleeds in end stage liver disease masquerading as severe upper gastrointestinal haemorrhage were investigated.

Although rare, severe nosebleeds is a diagnosis that must be considered in patients presenting with signs and symptoms of severe upper gastrointestinal haemorrhage resulting from the end stage of fatty liver disease.

About five percent of epistaxis (nosebleeds) originates from a posterior nasal source. Bleeding in these cases can be especially severe, noted the study.

It continued: “Local therapy such as nasal packing or cauterization is usually sufficient, but continued or intractable haemorrhage may require arterial ligation, embolization or more recently endoscopic ligation.

“Delayed treatment may lead to excessive blood loss and increased morbidity and mortality.” 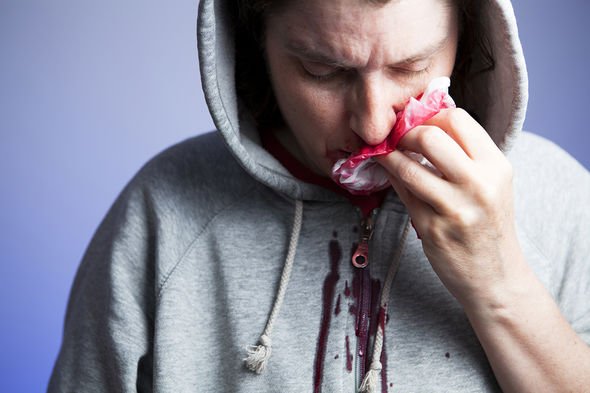 Have genes that make you more likely to get it

Age — the older you are, the more likely it becomes.

Weight loss can reduce fat in the liver, inflammation, and fibrosis.

The most important part of treating alcohol-related fatty liver disease is to stop drinking alcohol.

If you need help doing that, you may want to see a therapist or participate in an alcohol recovery program.

There are also medicines that can help, either by reducing your cravings or making you feel sick if you drink alcohol.
Source: Read Full Article