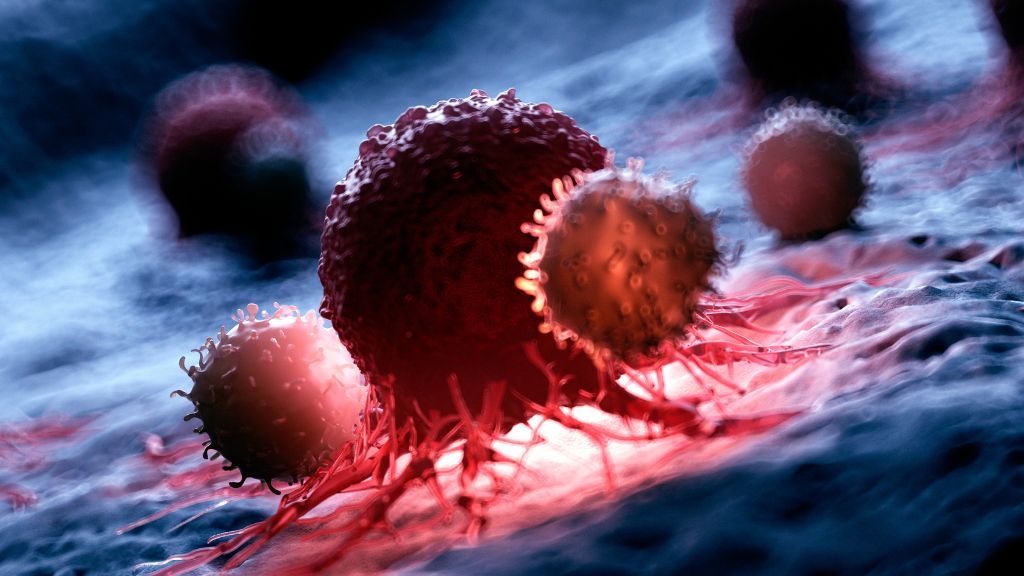 In an unprecedented clinical trial, a dozen rectal cancer patients saw their tumors disappear after they received an experimental drug called dostarlimab, and none of the patients experienced significant side effects from the treatment.

“I believe this is the first time this has happened in the history of cancer,” in that this is the first cancer trial in which every patient entered remission, Dr. Luis Alberto Diaz, Jr., one of the trial leaders and a medical oncologist at Memorial Sloan Kettering (MSK) Cancer Center , told The New York Times (opens in new tab).

It’s too soon to say whether the patients will all remain in remission or if the drug will work for others with different types of rectal cancer; but the results are “cause for great optimism,” an expert said. Details of the small trial, conducted at the MSK Cancer Center in New York City, were published Sunday (June 5) in the New England Journal of Medicine (opens in new tab) (NEJM).

The 12 trial participants all have a type of rectal cancer that tends to be resistant to chemotherapy and radiation and is known as “mismatch repair-deficient” rectal cancer. This type of cancer emerges when cells’ mechanisms for repairing DNA falter. Normally, as cells make copies of their DNA, specific enzymes work to correct any typos that may crop in the genetic code. However, when the genes that code for these copy-editing enzymes are faulty, cells end up accumulating DNA typos that can lead to cancer, according to the National Cancer Institute (opens in new tab).

An estimated 5% to 10% of rectal cancer patients are mismatch repair-deficient, according to the NEJM report. The cancers’ resistance to chemotherapy and radiation means that affected patients are more likely to need a proctectomy — a surgery to remove all or part of the rectum, which can cause permanent nerve damage, and bowel, urinary and sexual dysfunction.

The MSK researchers launched their trial in the hopes of helping patients avoid these potential side effects of surgery.

They suspected that dostarlimab might help shrink or eliminate patients’ tumors based on previous trials with a drug of the same class, called pembrolizumab, the Times reported. Both pembrolizumab and dostarlimab are “checkpoint inhibitors,” drugs that boost immune cells’ ability to identify and attack cancer cells.

Pembrolizumab showed benefits as a first-line treatment in patients with metastatic mismatch repair-deficient cancers, meaning those whose tumors had begun to spread throughout the body. In these patients, the drug helped to stabilize, shrink or eliminate their tumors and thus prolonged their lives. In the new trial, the MSK researchers wanted to see what a similar drug could do for patients with local cancer that had not yet become metastatic.

The trial participants received 500 milligrams of dostarlimab every three weeks for six months. The initial expectation was that, following this treatment, most of the patients would still need to undergo the standard combination of chemotherapy, radiation therapy and potentially surgery. But instead, all 12 patients’ cancers completely cleared on dostarlimab alone. Their tumors were undetectable on physical exam, endoscopy, PET and MRI scans. About a year later, none of the patients required further treatment and none of their cancers had grown back, the team wrote in their report.

Even now, more than two years later, “no patients have required chemoradiation or surgery, and no cases of progression or recurrence have been noted during follow-up,” according to a statement (opens in new tab) from MSK.

“These results are cause for great optimism,” but without further research, dostarlimab cannot yet replace the standard, curative treatment for mismatch repair-deficient rectal cancer, Dr. Hanna Sanoff, an oncologist at the Lineberger Comprehensive Cancer Center at the University of North Carolina, wrote in a commentary (opens in new tab) of the new trial published in NEJM.

—The 10 deadliest cancers, and why there’s no cure

In some cases, patients’ responses to checkpoint inhibitors can last for years, but in others, the effects wear off much more quickly, she wrote. And in general, cancer regrowth occurs in about 20% to 30% of patients whose condition is managed without surgery. “Very little is known about the duration of time needed to find out whether a clinical complete response to dostarlimab equates to cure,” Sanoff said.

Despite these uncertainties, the new trial results are “compelling” and hint that, in the future, there could be a dramatic shift in how rectal cancer is treated, she wrote. “If immunotherapy can be a curative treatment for rectal cancer, eligible patients may no longer have to accept functional compromise in order to be cured,” she said.

“While longer follow-up is needed to assess response duration, this is practice-changing for patients with [mismatch repair-deficient] locally advanced rectal cancer,” Diaz said in the MSK statement.