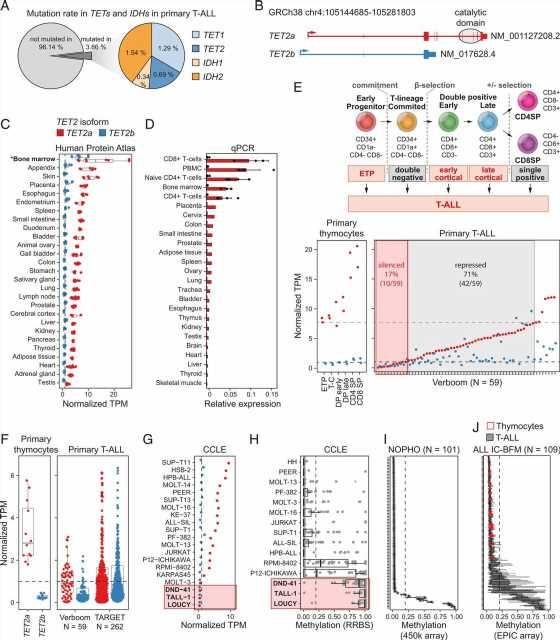 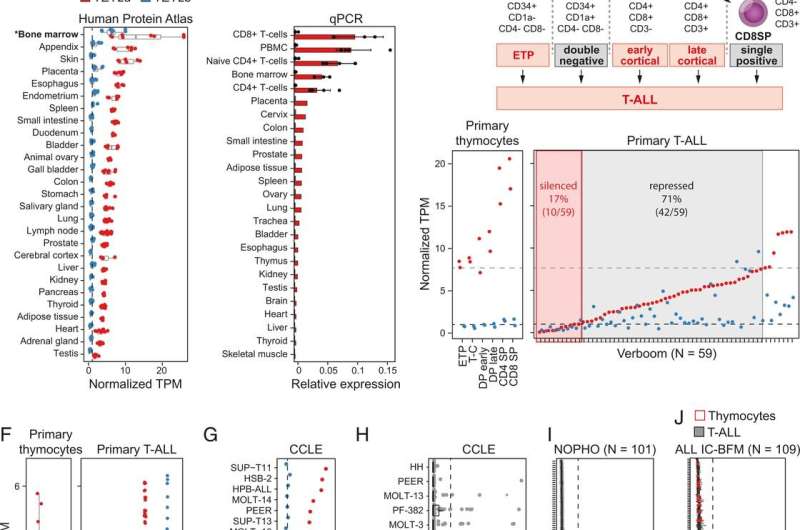 A new study from Linköping University has shown that the tumor-inhibiting gene TET2 is silenced in a large fraction of cases of acute lymphoblastic leukemia (ALL) in children. The scientists show that the gene can be reactivated by treatment with an existing drug, 5-azacytidine. The results, published in the scientific journal PNAS, suggest that 5-azacytidine may function as targeted therapy for ALL in children.

“T-cell acute lymphoblastic leukemia (T-ALL) is a devastating disease for the affected children and their families. One of five children affected do not survive the disease. The ultimate goal of my research is to ensure that all children can be cured. Our discovery may pave the way for clinical studies of 5-azacytidine as a new therapy for this poorly understood disease. The more treatment options we have for T-ALL the more chance we have of beating this aggressive cancer,” says Colm Nestor, senior lecturer in the Department of Biomedical and Clinical Sciences at Linköping University, who has led the study.

One of the characteristics of cancer cells is that they lose their cellular identity. It’s as if they have forgotten that they should be, for example, a liver cell, brain cell, or cell of the immune system. One of the reasons for this loss of identity is that genes that should be active in a certain type of cell have been switched off (silenced), while other genes have been erroneously activated. The activation and deactivation of genes is controlled by a process known as epigenetic modification, in which small chemical groups are attached to and removed from DNA. One such epigenetic modification is DNA methylation. It has long been known that the pattern of DNA-methylation is often altered in cancer cells, and for this reason, drugs that change DNA-methylation are interesting as potential treatments for cancer.

In the recently published study, the researchers were interested in an enzyme, TET2, that removes methyl groups from DNA. The gene that codes for TET2 is often affected by mutations in adult leukemias. In contrast, harmful mutations in TET2 are very rare in T-ALL in children. This led the researchers to speculate whether the function of TET2 is affected in a different manner in child leukemias. They analyzed the gene expression patterns in cancer cells from more than 300 patients with T-ALL, and found that the TET2 gene was silenced in a large fraction of cases.

It turned out that the TET2 gene was often silenced through methylation. The scientists therefore decided to treat tumor cells in culture with a drug, 5-azacytidine, that removes methyl groups from DNA. This drug is used to treat certain leukemias in adults.

“We found that one type of T-ALL cell, whose DNA seems to be highly methylated, is more sensitive to azacytidine than other cells that are not highly methylated. The drug actually turns silenced TET2 back on by demethylating it, so this might be a targeted therapy for a subset of cases. We suggest that azacytidine may have a doubled effect in these cells, since both the drug itself and TET2 kill cancer cells by demethylating the genome,” says Colm Nestor.

Since 5-azacytidine has already been approved as a drug, the researchers hope that the path from preclinical results in the laboratory to actually treating children with T-ALL will be much shorter than is required when developing a novel drug.

“Chemotherapy agents have a broad effect and can be used for many patients, but they kill also healthy cells and can give rise to serious undesired effects. Targeted treatment, on the other hand, only works for a small fraction of patients, but is extremely specific. We need an arsenal of drugs to use for patients who experience relapses, and for those whose cancer does not respond to chemotherapy,” says Colm Nestor.

The research is at an early stage. The LiU researchers will now continue with experiments to determine the effects of activating TET2 in these cancer cells. Another question is whether 5-azacytidine can function as targeted therapy in other types of cancer. The research group hopes that their discovery will inspire other researchers to test the therapy in clinical studies.