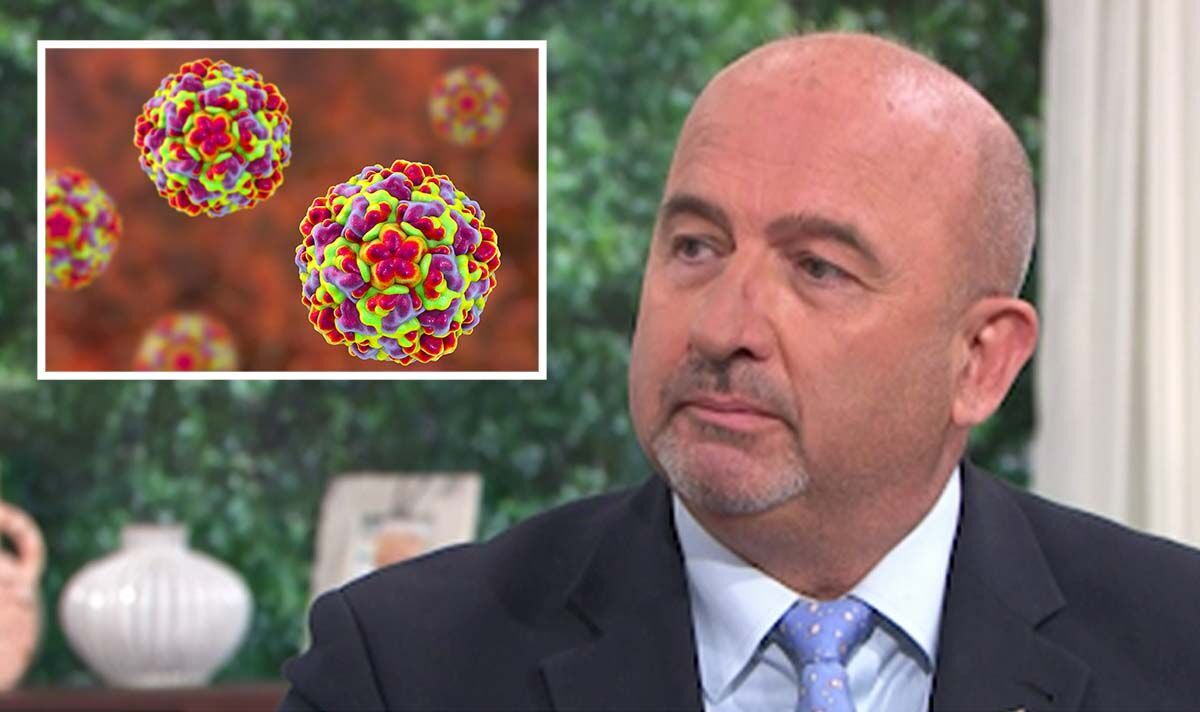 Polio describes a potentially life-threatening disease triggered by a poliovirus. The last natural polio infection was recorded in 1984 in the UK, with the country being declared polio-free in 2003. Now, routine surveillance found traces of this virus in London sewage.

Dr Harriss explained that an old type of polio vaccination that is no longer used in the UK might be to blame for these traces.

He said: “In some parts of the world, we still use a form of vaccine which is on a sugar cube. Those older people, who are watching, will remember.

“And that’s a live virus which sits in your gut for a few weeks, your body makes antibodies and you’re protected from that.

“The trouble is wherever that is still used, the virus tends to sit in the gut and it can mutate and it very rarely mutates to a form that causes illness. 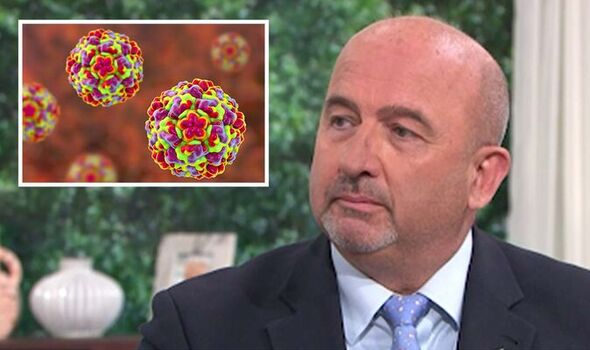 “So maybe one in a billion children, who were given that sugar cube, may get ill from the vaccine.

“And when a person comes to the UK, having recently had that vaccine on a sugar cube, they can still seed – basically poo out – tiny amounts of the virus which is what was picked up.”

The concern regarding the samples is that there might have been some spread in northeast London within a family or a small community.

“There might have been some transmission in people this way, no symptoms, no illness, but the virus might have found a few people to spread amongst themselves,” Dr Harriss added.

The NHS notes that polio spreads easily when an infected person coughs or sneezes.

Dr Harriss explained that polio is “very contagious”. ”It’s one of the most contagious viruses,” he noted.

He added that it could be spread through sneezing and hands.

“But generally if you’re living in close proximity to someone who has the virus and you’re not protected, it’s very likely you’ll also catch the virus,” the doctor added. 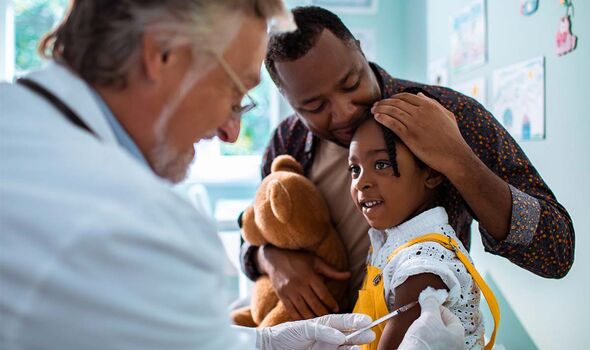 Fortunately, having a full course of polio vaccination can help protect you. Plus, the risk of polio is currently low.

However, the doctor warned that “we’re not there” with vaccination right now.

Dr Ellie Cannon, who also spoke on the programme, said: “Anybody who’s had the UK vaccination schedule in the last few years will be vaccinated against polio.”

Currently in the UK, the jabs are administered to children at eight, 12 and 16 weeks, preschool age and at 14 years of age.