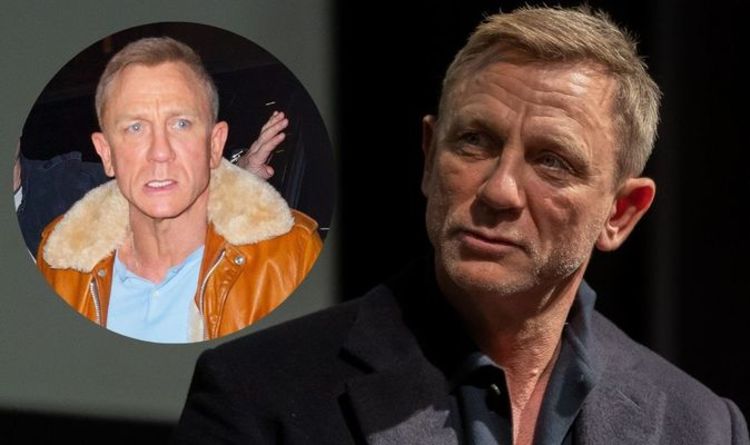 It was unknown for a substantial amount of time after the release of Spectre in 2015 if Daniel Craig was going to return for the role and it was down to producer Barbara Broccoli to convince the actor to play the 007 agent one last time. The reason for Craig’s doubt when thinking about returning to the role was down to his deteriorating health and whether he was physically able to film another.

Talking to Entertainment Weekly about his future the star said: “I finished that movie [Spectre] with a broken leg.

“I had to question myself – was I physically capable of doing [another Bond film] or did I want to do another one? Because that phone call to your wife saying ‘I’ve broken my leg’ is not pleasant.”

The actor even went as far to say that he would rather “slash his wrists” than return as the Ian Fleming protagonist.

“I’ve hurt myself on every single Bond movie since I started,” Craig added. “It’s just par for the course.

“I still do as many stunts as I can because I enjoy the physicality of it – I always have, even before Bond. But I have grown older and don’t bounce back as well as I did.”

Looking back on the actor’s time as Bond, it is clear he has been through the wars. Whilst filming Casino Royale he lost two teeth, tore the labrum in his right shoulder in Quantum of Solace, snapped his anterior cruciate ligament (ACL) – in the knee joint – during Spectre and fractured his ankle in No Time to Die.

Therefore it comes as no surprise that the 53-year-old is hanging up his 007 jacket with No Time to Die being his “last James Bond adventure”.

The injuries suffered by the actor over the years can be extremely serious.

A torn labrum can cause the individual pain at night and while doing daily activities whilst also making the joint weaker in general.
Although easily treatable with rest, non-invasive surgery and physio, full recovery can take up to a year which makes completing day to day activities harder to do.

ACL injuries most often occur when playing sports or activities that involve sudden stops and changes in direction. It is one of the strongest bands of tissue that help connect your thigh bone to your shinbone and when injured individuals may hear a “popping” sensation.

Soon swelling and pain will follow with some individuals not being able to bear their body weight.

Those with ACL injuries have a higher risk of developing osteoarthritis in their knee. Even after reconstructive surgery on the ligament it is highly likely that you will suffer from arthritis.

This can then lead to longer-term symptoms such as muscle wasting, limited movement range, joint tenderness and increased pain and stiffness when you have not moved joints for a while.

A broken leg and/or fractured ankle is another serious condition which can lead to bones poking out of the skin if severe enough.

The NHS states that when suffering from a broken leg the shock and the pain can cause you to feel pain, dizzy or sick.

Recovery from a minor fracture can take around six to eight weeks where for more severe fractures it can take between three to six months.

Although many people heal with no complications, there is a risk of long-term damage around the fracture, loss of movement, feeling or muscle mass and bone infection.