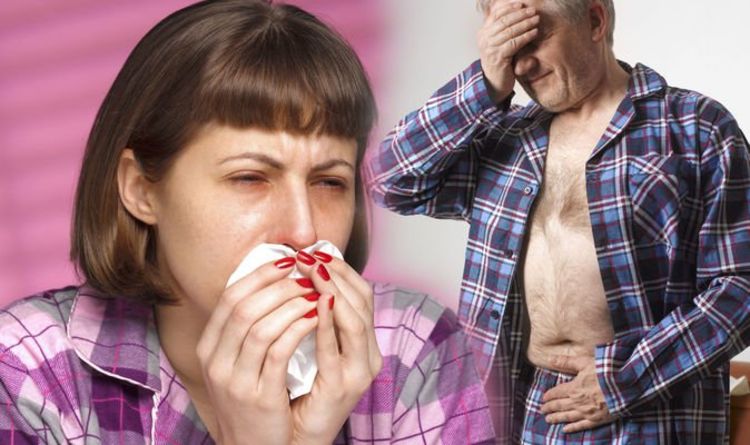 Coronavirus updated cases now stand at a shocking 19,499 deaths. The government had envisaged hitting the 20,000 mark by Sunday, however with these latest grim stats it’s likely it will be before then. NHS England confirmed a further 587 people have died of COVID-19 and another 174 deaths were announced across Scotland and Wales. The 761 new deaths mark a 24 percent rise from yesterday’s 616.

Spotting symptoms of the deadly virus is as always extremely crucial in order to self-isolate and monitor one’s health.

Body aches, sore throats and headaches have all been described as possible COVID-19 symptoms.

Many people have also described a general overall feeling of being grotty.

A general grotty feeling is a result of the immune system responding to the infection. 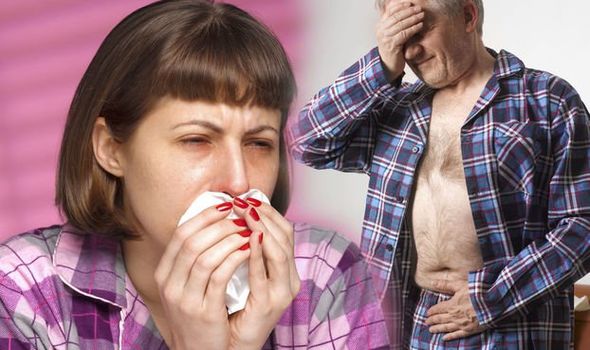 Why a grotty feeling is a symptom of COVID-19

Leading health experts aren’t entirely sure why the body has a general feeling of being grotty, but it may relate to an unusual response to viruses that can remain latent within the body, increased levels of proinflammatory cytokines which promote inflammation or nervous tissue inflammation.

When a body is infected it rallies the immune system to fight the foreign invader and recognises a hostile entity.

This signals to the rest of the body that something is wrong by releasing chemicals called cytokines.

The US National Library of Medicine National Institutes of Health said: “Cytokines are small secreted proteins released by cells which have a specific effect on the interactions and communications between cells.

“Cytokine is a general name; other names include lymphokine, monkine and interleukin.

“Cytokines may act on the cells that secrete them on nearby cells or in some instances on distant cells.

“There is significant evidence showing that certain cytokines are involved in not only the initiation but also the persistence of pathologic pain by directly activating nociceptive sensory neurons.” 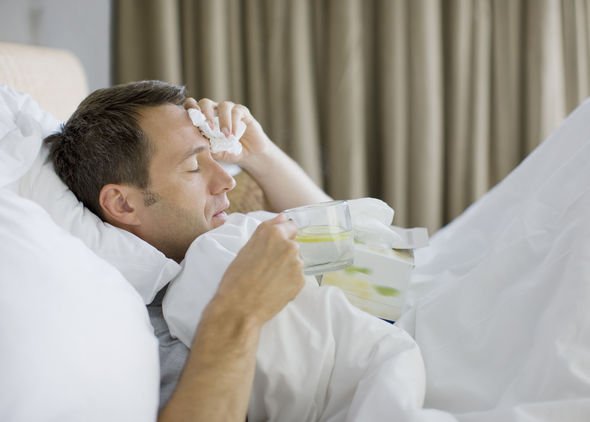 The coronavirus mostly affects a person’s lung. As reported in the Lancet Medical journal were two of the first patients to have died from COVID-19 had weakened lungs.

Both patients were hospitalised at Jinyintan Hospital in Wuhan, China and were both seemingly healthy although both were smokers and therefore already had weakened lungs.

The first death was that of a 61-year-old man who had severe pneumonia by the time he arrived at the hospital.

The man was in acute respiratory distress and despite being put on a ventilator, his lungs had failed, and his heart stopped beating.

He died 11 days after being admitted. The second patient was a 69-year-old man.

The man was attached to an ECMO machine but sadly wasn’t enough and he died of severe pneumonia and septic shock when his blood pressure collapsed.