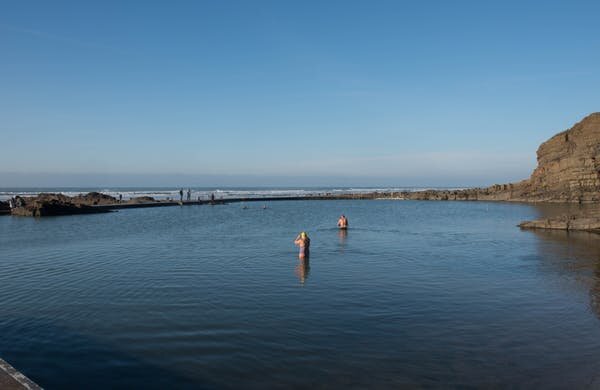 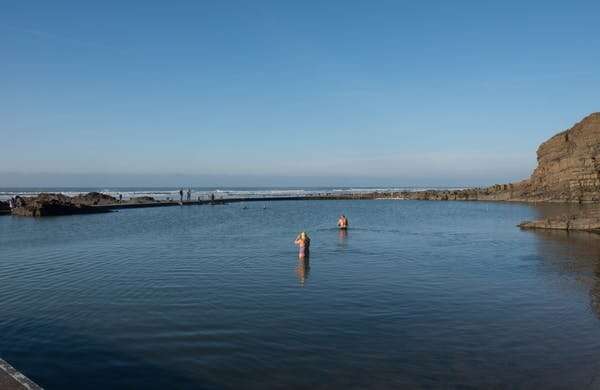 With the growth in outdoor swimming during the pandemic, and with more people trying it out this winter, the question of whether the body gets used to cold temperatures if you swim often is much debated.

The short answer is “it can.” But it’s a bit more complicated than that. Your body can acclimatize to cold if you repeatedly swim outside, but whether or not this is a good thing depends on what happens to the body’s adverse responses.

What happens to your body?

There are three potentially hazardous physiological responses associated with going into cold water. The first is the cold shock response (CSR), this is the uncontrollable gasping, breathing and increase in heart rate that occurs for about 90 seconds when you first go in. The second is cooling of the nerves and muscles close to the surface of the body, particularly in the arms and legs that, when cooled enough, incapacitate you and stop you exercising . The third is hypothermia as deep body temperature falls below 35°C, this normally takes at least 30 minutes to happen in an adult in cold water.

Each of these responses varies in the amount it “acclimatizes” with repeated exposure to cold water. But as few as six, three-minute immersions in cold water can reduce your cold shock response by 50%. This reduction in the response to a repeated constant stimulus is called “habituation.”

Both children and adults can become used to the CSR and this habituation can still be reduced seven months after being established. Habituation makes swimmers feel more comfortable getting in to cold water, so it becomes easier to take the plunge.

If you immerse one side of the body repeatedly in cold water, the habituation you develop remains if the other side of the body is immersed in cold water. This tells us that this habituation is happening somewhere more central in the body than at the skin cold receptors. Even having cold showers can help people get used to cold water, but showers are not as effective because they don’t cool the skin as much or as quickly.

Interestingly, the ability to suppress the CSR and hold your breath on initial immersion can be improved without going into cold water.

If the body doesn’t get used to the chilly temperatures drowning and heart problems can happen on initial immersion. So, the habituation of the CSR is important if you want to swim in cold water. It is best to stay still for a couple of minutes when first going into cold water to reduce the risk of taking water into the lungs.

Even people who swim regularly in cold water run the risk of becoming physically incapacitated if they overstay their welcome. This problem can start after just 10 minutes of swimming in very cold water and, because people who swim outside regularly feel more comfortable in cold water, the incapacitation can come as a bit of a surprise. The only useful defense against this response is increased insulation (body fat or wet suit).

People may shiver less with repeated dips in cold water. Swimmers can feel more comfortable in cold water as a result, but cool more quickly. One of the first studies to show this was undertaken by the physiologist Griff Pugh (the scientist who also helped Hilary and Tenzing get to the summit of Everest), and Otto Edholm.

They studied the best open water swimmer of his time (1950s), Jason Zirganos, and demonstrated hypothermic adaptation when he was sitting still in cold water. When swimming, Zirganos stayed warm because of the heat he was producing by swimming, and the fact that he had a significant amount of body fat. Unfortunately, his acclimation had also reduced his ability to sense cold. This led to his death in 1954 whilst trying to swim the Irish sea; he died from hypothermia having never felt particularly cold.

Finally, some believe that those who are acclimatized to cold develop more “brown fat,” a special type of body fat that can produce heat. But the small amount of such fat is unlikely to make up for the reduction in heat production caused by the habituation of shivering.