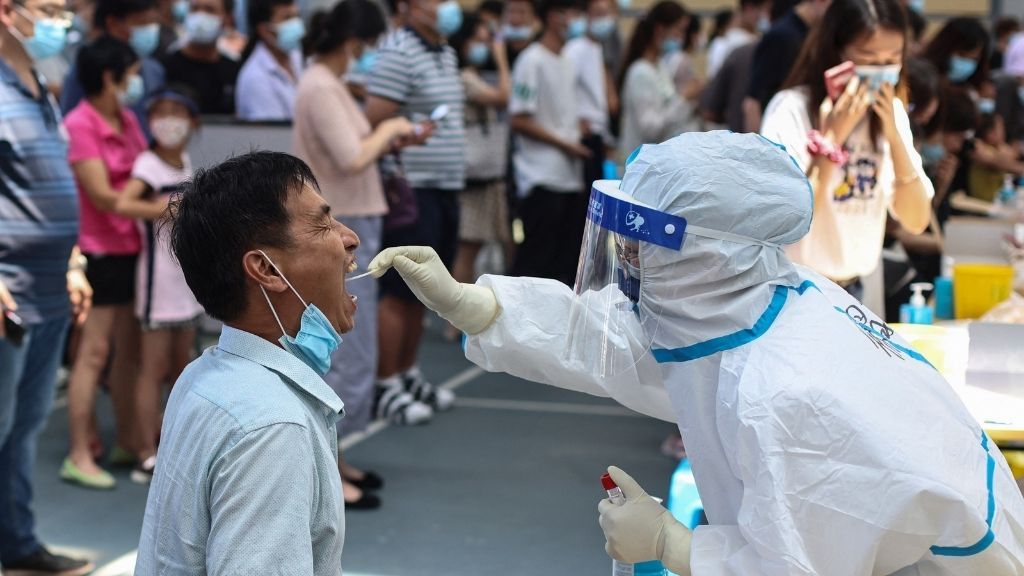 Amid China’s worst COVID-19 outbreak since the early days of the pandemic, officials have locked down several cities, ordering residents to stay in their homes until they can be tested or vaccinated, according to news reports.

After subduing the initial coronavirus outbreak in Wuhan last year, China maintained strict border controls, as well as quarantining and physical distancing measures to squash new outbreaks before they could spread, The Associated Press (AP) reported. But now, the country is contending with a large outbreak linked to an international airport in Nanjing, located in the eastern province of Jiangsu.

On July 20, nine airport workers tested positive for COVID-19, and in the following two weeks, 360 new domestic cases cropped up across China, Agence France-Presse (AFP) reported. Upon detecting the cases in airport workers, the government immediately launched a testing campaign to screen the 9.2 million residents of Nanjing and instituted strict lockdowns in parts of the city, according to BBC News.

However, new COVID-19 cases soon popped up in other provinces; as of now (Aug. 4), the outbreak has reached at least 17 provinces, the AP reported. After analyzing virus samples gathered from infected people, authorities reported that the outbreak is being driven by the highly transmissible delta variant, The Guardian reported.

In the city of Zhuzhou, located in central Hunan province, 1.2 million residents were ordered to remain in their homes starting Monday (Aug. 2) so that a mass testing and vaccination campaign could be organized, according to AFP. Similarly, Zhangjiajie, located in northwest Hunan, locked down residential communities over the weekend, the AP reported.

As of Aug. 3, China reported that 1.71 billion vaccine doses have been distributed to its 1.4 billion residents, but it’s unclear exactly how many people are now fully vaccinated, according to the AP. Earlier reports suggest that at least 40% of the population has received two shots; that said, Chinese companies have not shared any real-world data about how their vaccines hold up against the delta variant, the AP noted.

Cases of infection in the country’s capital, Beijing, and the Sichuan, Liaoning and Jiangsu provinces have been traced back to Zhangjiajie through extensive contact tracing, according to The Global Times; and this entire chain of transmission seems to stem from the outbreak at Nanjing Lukou International Airport.

—The deadliest viruses in history

Health officials have also traced nine cases to Zhangjiajie’s Meili Xiangxi Grand Theater, which recently hosted performances with thousands in attendance, according to The Global Times. At one specific performance, there were 2,000 people, The Global Times reported, and in total, the government is now tracking down more than 5,000 people who attended various performances at the venue, as well as their close contacts, according to The Guardian. In the meantime, all tourist attractions in the city have been closed. In addition, tourists must test negative for COVID-19 three times before leaving the city, Xinhua News Agency reported.

Several coronavirus cases have been detected among Beijing residents who recently traveled to  Zhangjiajie, AFP reported. The capital has now banned all tourist travel into the city and is requiring “essential travelers” to show negative COVID-19 tests before entering, BBC News reported. In the Changping district of northwest Beijing, 41,000 residents went into lockdown last week.

Since the start of the pandemic, China has reported 4,636 deaths and 93,289 cases of COVID-19; most of these occurred during the original Wuhan outbreak last year, the AP reported.