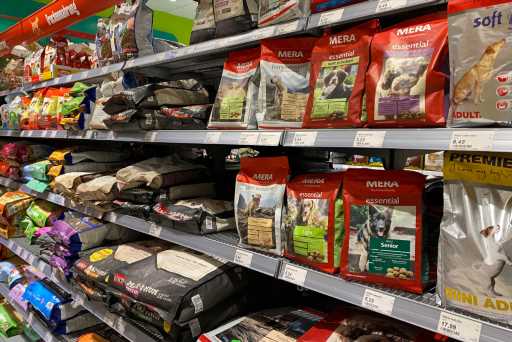 Recalls are something that happens quite often in the food industry and range anywhere from an accidental mislabeling to faulty products. Either way, food recalls can prove to be extremely dangerous and this time it’s not affecting your human family members but your furry friends instead. Recently, The Food and Drug Administration announced a recall of some pet foods from Sportmix that contain high levels of a toxin. Sadly, as of now, it has been reported that there have been 28 pet deaths and eight sicknesses that have arisen and are connected to the Sportmix recall. Here’s what you need to know.

If you’ve purchased Sportmix pet food products you are advised by the FDA to dispose of the potentially affected products and consult your veterinarian. Per the FDA’s release, the brand’s products contain high levels of toxin named aflatoxin. Aflatoxin is described as “a toxin produced by the mold Aspergillus flavus which can grow on corn and other grains used as ingredients in pet food.” The consumption of this toxin at high levels can be fatal to pets. Additionally, the effects of aflatoxin poisoning include symptoms such as: “sluggishness, loss of appetite, vomiting, jaundice, and diarrhea.” The most extreme of complications is liver damage but not show any symptoms.

As for pet owners worried about the toxin affecting them the FDA wrote, “There is no evidence to suggest that pet owners who handle products containing aflatoxin are at risk of aflatoxin poisoning. However, pet owners should always wash their hands after handling any pet food.”

The FDA is alerting pet owners of their ongoing investigation and says that they will disclose additional information as it becomes available by updating their initial release.

Find a full list of the affected products here.