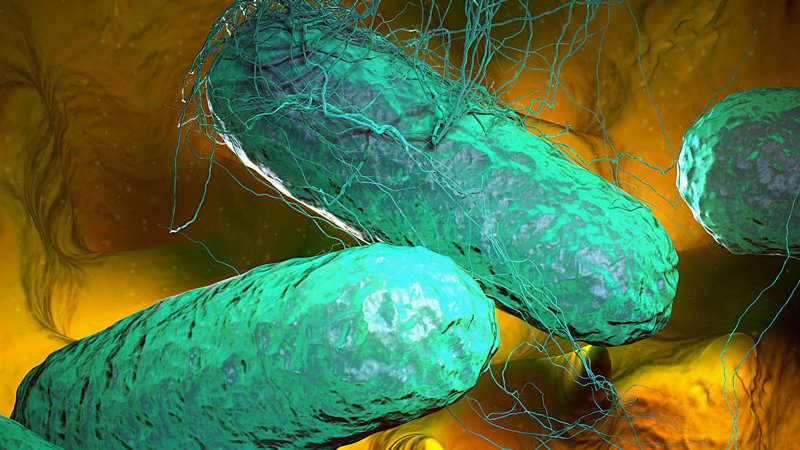 A new drug-resistant strain of Salmonella Typhi has infected least 71 people in the United States, according to the Centers for Disease Control and Prevention.

The new strain, extensively drug-resistant (XDR) Typhi, caused a large outbreak in Pakistan’s Sindh province starting in 2016, and has spread throughout that country. Now it may be taking root in the United States.

“This marks the first time cases of ceftriaxone-resistant Typhi infections have been identified in the United States that don’t appear to have been acquired during international travel,” Louise Francois Watkins, MD, MPH, medical officer in the CDC’s Enteric Diseases Epidemiology Branch, told Medscape Medical News in an email.

The CDC reported receiving 71 accounts of XDR Typhi infection in the United States as of January 14 of this year, with specimens obtained from February 9, 2018, through November 16, 2020.

Among the 67 patients with known travel history, 58 (87%) had traveled to Pakistan in the 30 days before illness began. But another nine patients had not left the United States during that time.

“Because typhoid fever (the infection caused by the Salmonella Typhi bacterium) can cause severe illness and death if not treated, the emergence of antibiotic-resistant typhoid fever has become an increasing concern over the past decade,” said Watkins.

Although other types of Salmonella are among the principle causes of foodborne illness in the United States, these are generally self-limiting and less severe than Typhi. Typhi is more common in South Asian countries where it is most often spread through contaminated drinking water, said Siddhartha Thakur, DVM, PhD, a professor of molecular epidemiology at North Carolina State University in Raleigh.

“Typically, you don’t expect Typhi cases in the US because we have safe drinking water,” he told Medscape Medical News. “This strain is concerning. I have seen in the past how new strains of pathogens come to the US from people who travel or food that’s imported, and slowly they establish themselves.”

The nine US patients infected with XDR Typhi without recent travel lived in six states: New York, California, Illinois, Maryland, New Jersey, and Texas. The CDC has not established any link among the patients or a common source of infection.

One way the US patients might have been infected is by coming into contact with someone who had traveled to Pakistan, Thakur said. People can spread the bacteria even without experiencing symptoms. The US patients might also have consumed an imported food or beverage, or even touched an object contaminated by someone with an infection, he said.

The CDC is advising anyone traveling to South Asia to get vaccinated against typhoid fever and to carefully observe food and water guidelines.

Clinicians should consider typhoid fever as a diagnosis in patients with fever, headache, constipation or diarrhea, malaise, and chills, Watkins said.

It advised obtaining a 30-day international travel history from all patients with suspected or confirmed typhoid fever.

“If clinicians do not suspect typhoid fever and do not order appropriate tests, the diagnosis can be missed,” said Watkins.

If they do suspect typhoid fever, clinicians should order blood cultures — and more than one culture may be necessary, she added. “Bone marrow cultures have the highest sensitivity and may be considered for some patients, such as those who have already started or completed a course of antimicrobial treatment,” Watkins said.

While awaiting the results of these tests, clinicians should vary their empiric treatment plans depending on patients’ travel history in the 30 days prior to symptoms, the CDC advised:

Typhoid fever should be reported following local health department requirements. Follow-up testing may be advised to ensure microbiological cure before people return to high-risk occupations, such as food handling, daycare, or healthcare.

Watkins and Thakur have disclosed no relevant financial relationships.

Laird Harrison writes about science, health, and culture. His work has appeared in national magazines, in newspapers, on public radio and on websites. He is at work on a novel about alternate realities in physics. Harrison teaches writing at the Writers Grotto. Visit him at www. lairdharrison.com or follow him on  Twitter: @LairdH