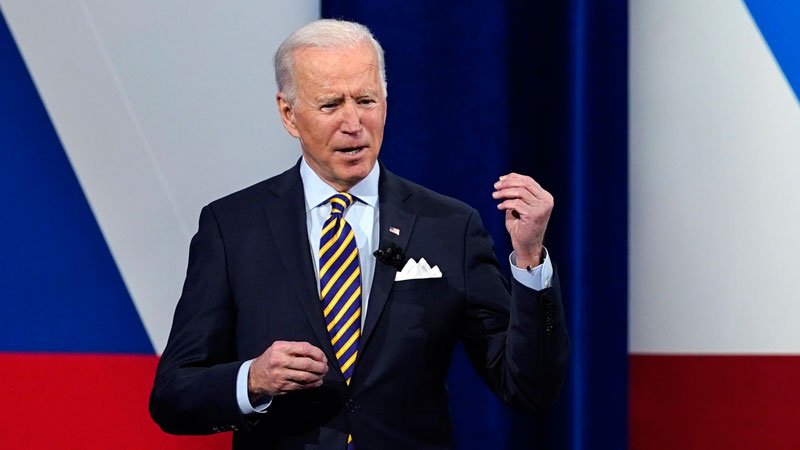 Last week, Anthony Fauci, MD, said that “virtually everybody and anybody in any category could start to get vaccinated” in April.

But on Tuesday, the Biden administration changed the timeline for mass vaccinations to May, June, or July.

At a CNN town hall in Wisconsin, moderator Anderson Cooper asked President Joe Biden, “When is every American who wants it going to be able to get a vaccine?”

Biden specified that he meant enough vaccine would be “available” to vaccinate the average American who doesn’t fall into a high-risk group — not that everybody would actually be vaccinated by July.

He said that the government is trying to speed up the vaccination process by opening more locations for vaccinations and hiring more people to give the shots.

So far, states have concentrated on vaccinating high-risk groups — people over 65, healthcare workers, and residents and employees of long-term care facilities.

Biden predicted that the country should get back to “normal” by Christmas “with the grace of God and the goodwill of the neighbors.” In a year, he said, “there’ll be significantly fewer people having to be socially distanced, have to wear masks, et cetera. But we don’t know.”

Fauci has walked back his prediction, made last week on the “Today” show, that “open season” on vaccinations would arrive by April.

“That timeline will probably be prolonged, maybe into mid-to-late May and early June,” he said Tuesday on CNN.

Fauci, director of the National Institute of Allergy and Infectious Diseases, said the April prediction was based on the belief that Johnson & Johnson would have “considerably more doses than now we know they’re going to have.”

The company will have less than 10 million vaccine doses ready for shipment if the FDA grants the company emergency use authorization, CNN reported. That could come as soon as late this month.

Fauci also said there’s a difference between the time when a vaccine is available and the time when people will actually be vaccinated.

“It may take until June, July, and August to finally get everyone vaccinated,” Fauci said. “When you hear about how long it’s going to take to get the overwhelming proportion of the population vaccinated, I don’t think anybody disagrees that that’s going to be well to the end of the summer and we get into early fall.”

Before taking office, Biden said he wanted 100 million doses administered in the first 100 days — 1 million doses a day. On Tuesday, Biden tweeted, “I not only believe we’ll reach that, we’ll break it.”

But several health experts interviewed by The New York Times said the administration could and should be more ambitious, perhaps shooting for 3 million vaccinations a day.

“We should be doing more,” Jennifer Nuzzo, an epidemiologist at Johns Hopkins, told the Times. “I am kind of surprised by how constrained we’ve been.”

“I’m not hearing a plan,” Peter Hotez, MD, a vaccine expert at Baylor College of Medicine, said of the Biden administration. “In the public statements, I don’t hear that sense of urgency.”

The emergence of variants should be worrying the administration, one health expert said.

“We need to be laser focused on getting as many people vaccinated now as possible,” said Paul Sax, MD, an infectious-disease official at Brigham and Women’s Hospital in Boston.