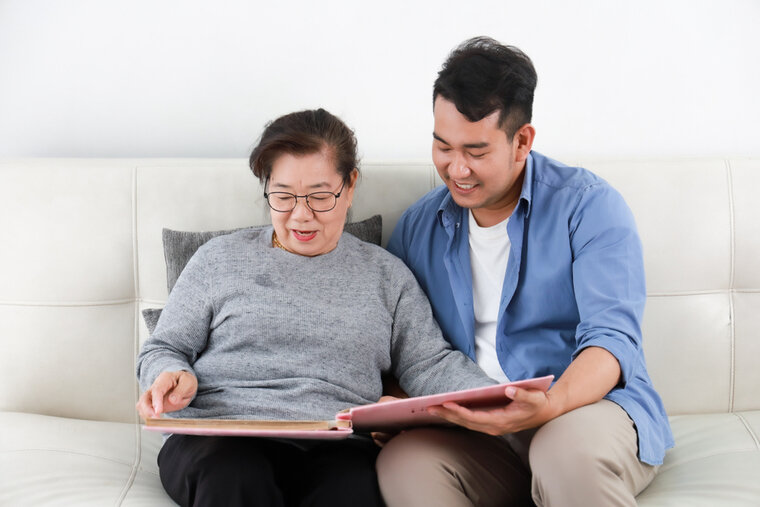 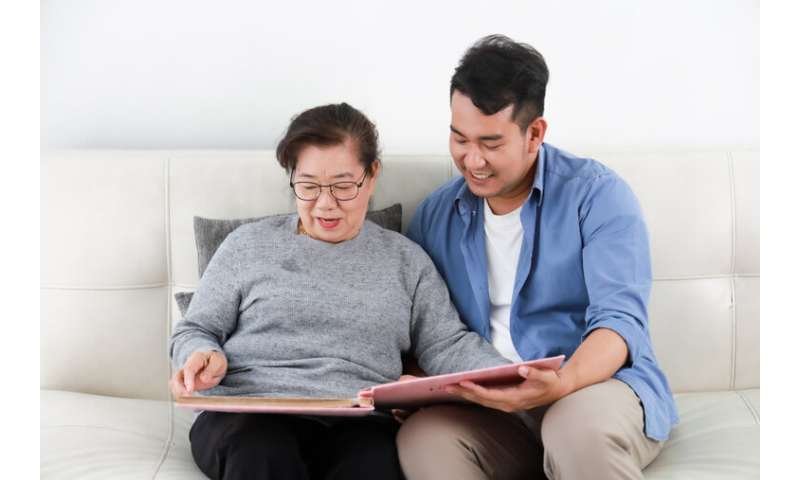 “Memory is the first thing to go.”

Everyone has heard it, and decades of research studies seem to confirm it: While it may not always be the first sign of aging, some faculties, including memory, do get worse as people age.

It may not be that straightforward.

Zachariah Reagh, assistant professor of psychological and brain sciences in Arts & Sciences at Washington University in St. Louis, looked at the brain activity of older people not by requiring them to recite a group of words or remember a string of numbers. Instead, Reagh looked at a “naturalistic approach,” one that more closely resembled real-world activities.

He found that brain activity in older adults isn’t necessarily quieter when it comes to memory.

The study results were published today in the journal Nature Communications.

Common tests of memory involve a person’s ability to remember a string of words, count backward, or recognize repeated images. “How many times do you suspect a 75-year-old is going to have to remember, ‘tree, apple, cherry, truck?'” asked Reagh, first author on the paper with Angelique Delarazan, Alexander Garber and Charan Ranganath, all of University of California, Davis.

Instead, he used a data set from the Cambridge Center for Aging and Neuroscience (Cam-CAN) that included functional MRI (fMRI) scans of people watching an 8-minute movie. “There were no specific instructions, or a ‘gotcha’ moment,” Reagh said. “They just got to kick back, relax and enjoy the film.”

But while they may have been relaxing, the subjects’ brains were hard at work recognizing, interpreting and categorizing events in the movies. One particular way people categorize events is by marking boundaries—where one event ends and another begins.

An “event” can be pretty much anything, Reagh said. “This conversation, or a component of it, for example. We take these meaningful pieces and extract them out of a continuous stream.”

And what constitutes a boundary is actually consistent among people.

“If you and I watch the same movie, and we are given the instruction to press a button when we feel one meaningful unit has ended, you and I will be much more similar in our responses than we are different,” Reagh said.

When looking at the fMRI results—which use changes in blood flow and blood oxygen to highlight brian activity—older adults showed similarly increased activity as a control group at the boundaries of events. That’s not to say that brains of all ages are processing the information similarly.

“It’s just different,” Reagh said. “In some areas, activity goes down and, in some, it actually goes up.”

Overall activity did decline pretty reliably across ages 18-88, Reagh said, and when grouped into “younger, middle aged, and older,” there was a statistically reliable drop in activity from one group to another.

“But we did find a few regions where activity was ramped up across age ranges,” he said. “That was unexpected.”

Much of the activity he was interested in is in an area of the brain referred to as the posterior medial network—which includes regions in the midline and toward the backside of the brain. In addition to memory, these areas are heavily involved in representing context and situational awareness. Some of those areas showed decreased activity in the older adults.

“We do think the differences are memory-related,” Reagh said. At the boundaries, they saw differences in the levels of activity in the hippocampus that was related to memory in a different measurement—”story memory,” he called it.

“There might be a broad sense in which the hippocampus’s response to event boundaries predicts how well you are able to parse and remember stories and complex narratives,” no matter one’s age, Reagh said.

But for older adults, closer to the front of the brain, particularly the medial prefrontal cortex, things were looking up.

Activity in that area of the brain was ramped up in older adults. This area is implicated in broad, schematic knowledge—what it’s like to go to a grocery store as opposed to a particular grocery store.

“What might be happening is as older adults lose some responsiveness in posterior parts of the brain, they may be shifting away from the more detailed contextual information,” Reagh said. But as activity levels heighten in the anterior portions, “things might become more schematic. More ‘gist-like.'”

“Older adults might be representing events in different ways, and transitions might be picked up differently than, say, a 20-year-old,” Reagh said.