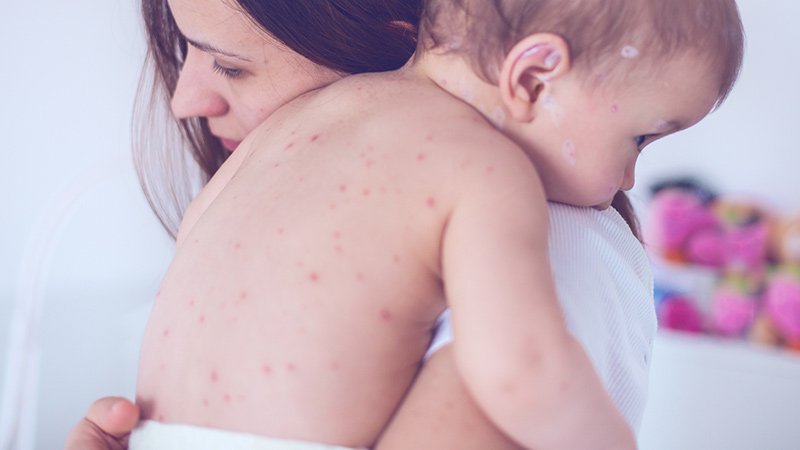 A measles outbreak that infected 72 people in Washington State cost approximately $3.4 million, including costs of the public health response, medical treatment expenses, and productivity losses, according to a study published online March 12 in Pediatrics.

With measles outbreaks occurring more frequently in recent years, Jamison Pike, PhD, an economist with the National Center for Immunization and Respiratory Diseases at the Centers for Disease Control and Prevention in Atlanta, Georgia, and colleagues sought to more comprehensively estimate the societal costs associated with such outbreaks.

In 2019, the United States recorded 1282 cases of measles, the most annual cases in more than 25 years. For the study, the researchers focused on an outbreak in one county in Washington that year. They gauged productivity losses, such as lost paid employment, due to illness, isolation, quarantine, and caregiving, which is an element that prior studies did not take into account, Pike said.

During the 2019 Clark County outbreak in Washington, public health workers identified and contacted 4011 people who had possibly been exposed to the measles virus at places such as healthcare facilities, churches, schools, child care centers, and households. Of these contacts, 839 (20.8%) lacked presumptive evidence of measles immunity and were quarantined.

The overall societal cost of the outbreak was approximately $47,479 per case, or $814 per contact, the researchers found. The public health response, including labor and testing, cost about $2.3 million. Productivity losses cost about $1 million. Direct medical costs were approximately $76,000.

Bigger outbreaks, such as ones that occurred in New York, would be expected to result in much larger costs, Pike said.

On December 31, 2018, Clark County was notified about a suspected case of measles in an unvaccinated child who was visiting from Ukraine. Laboratory tests confirmed the case on January 3, 2019, and officials confirmed 12 more cases by January 16. The county declared a public health emergency 2 days later. The last measles case was reported on March 13, 2019, and the outbreak was declared over 6 weeks later.

In Washington, 71 Clark County residents and one King County resident developed measles. Related cases occurred in Oregon and Georgia but were not included in the study. In Clark County, 73% of the patients with measles were younger than 10 years, and 86% were unvaccinated.

Of the 72 cases in the state, 42 were laboratory confirmed, and 30 were epidemiologically linked to confirmed cases. Two patients were hospitalized.

In all, 451 personnel responded to the outbreak and spent 33,845 hours on the response. Their efforts included investigating contacts and processing approximately 700 laboratory tests.

The researchers estimate that direct medical costs were about $23,000 for 70 patients who received outpatient care and approximately $53,000 for the two hospitalized patients.

Productivity losses were driven by individuals being quarantined, including 375 people aged 15 years and older and the caregivers of 173 children aged 9 years or younger.

“Our results highlight the need to invest in the capacity of local and state health departments as well as federal institutions to prepare for and respond to measles outbreaks and outbreaks of other vaccine-preventable diseases,” Pike and co-authors write. “This may be particularly important in jurisdictions with known pockets of undervaccination.”

Vaccination coverage with two doses of measles-mumps-rubella vaccine among kindergarteners that school year in Washington was 90.8%, compared with the national average of 94%, the authors note.

“In 2018 and 2019, the United States weathered a resurgence of measles,” writes Jessica R. Cataldi, MD, in an accompanying commentary. “These recent outbreaks confirmed modeling studies revealing that localized pockets of undervaccination and higher vaccine exemption rates plus exposure to travel create fertile conditions for measles spread,” writes Cataldi, who is affiliated with the section of pediatric infectious diseases at the University of Colorado School of Medicine, Anschutz Medical Campus, Aurora, Colorado.

“Right now, people are still social distancing, limiting their contacts, and wearing masks” because of the COVID-19 pandemic, Cataldi told Medscape Medical News. “That will prevent a lot of contagious respiratory diseases.”

But as precautions are peeled back, “if you have a bunch of unvaccinated kids, all of these other contagious vaccine-preventable diseases may make a comeback rather quickly,” she said.

A decrease in doses of routine vaccines ordered and administered to children during the first months of the pandemic is also a concern, Cataldi said. Some rebound has been seen in vaccinations rates in more recent months. Data show that vaccinations increased in subsequent months in New York, although the extent of the rebound ― and thus protection ― is unclear.

“Even if we rebound up to normal vaccination levels, kids are getting so many vaccines in the first few years of life that you need to still make up for those months where you are giving fewer doses — because those kids need to catch up on the doses they missed plus continue to stay up to date,” Cataldi said.

Pike and Cataldi had disclosed no relevant financial relationships.

Jake Remaly is a staff journalist at Medscape Medical News and MDedge. He has covered healthcare and medicine for more than 5 years. He can be reached at [email protected]